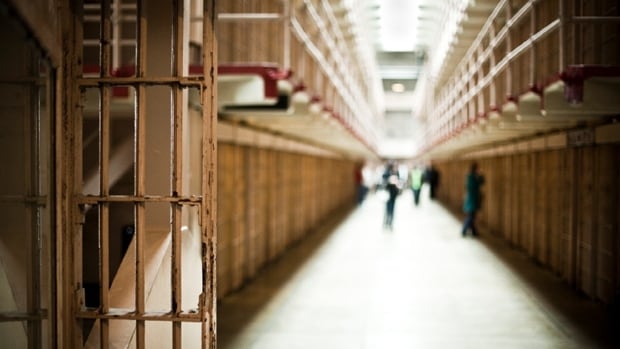 Two Alberta paramedics forcing medication on an incapacitated man in police custody is a case study in the rampant discrimination faced by incarcerated patients, advocates say.

Richard Mirasty, a Cree defence lawyer based in Edmonton, said the case is an example of how Alberta’s health and criminal justice systems fail to protect vulnerable, marginalized people.

The case came to light when an RCMP officer in Elk Point, 215 kilometres northeast of Edmonton, became concerned about how the patient had been treated.

The patient was unresponsive in a holding cell in October 2020 when paramedics Donald Hingley and Ryley Pals inserted Keppra — an oral epilepsy drug — into the man’s rectum using forceps.

In a patient report, Hingley stated that the patient had a history of a traumatic brain injury and numerous episodes of “pseudo-seizure activities to get his way and as an excuse as to his action in life.”

The patient was “more interested in alcohol and street-drug ingestion” than medication, Hingley wrote.

Both paramedics were found guilty of unprofessional conduct by the Alberta College of Paramedics (ACP) for the improper use of the medication and the forceps — and for failing to properly assess a vulnerable patient.  Hingley was also sanctioned for accusing the patient of faking his symptoms.

Keppra is not used as a suppository and the use of forceps in this case is not accepted medical practice, the college said.

According to hearing documents, the college tribunal asked the college whether the case met the definition for sexual misconduct, but was told that the ACP complaints director Jennifer Kirk had determined that the conduct was instead an error in judgment.

The patient had been previously assessed at Frog Lake First Nation, but it’s unclear if the man — referred to only as Patient A in the tribunal documents — is a member of the Cree community. The college declined to comment on his identity.

During the hearing last year, the college said it had attempted to locate the man but felt the complaints were so egregious that his participation in the investigation would not be necessary.

“It’s such a common stereotype of Indigenous people,” Mirasty said. “Everyone is painted with the same brush.”

The patient report is an egregious example of a dangerous mentality pervasive within Canada’s justice system, said Tom Engel, an Edmonton lawyer who chairs the policing committee of the Criminal Trial Lawyer’s Association and serves as president of the Canadian Prison Law Association.

Incarcerated people who are sick or injured are often disregarded, Engel said.

“This happens in prisons with health-care personnel who basically have a prejudice against prisoners in general, that they’re not credible, that they’re complaining about health problems because they have a hidden agenda,” Engel said.

Hingley and Pals were issued official reprimands and compulsory training, and ordered to pay fines and court costs totalling $1,000 each.

The men were initially handed suspensions, but those sanctions were lifted last week after Kirk, the college’s complaints director, launched a rare internal appeal.

The penalties are weak and suggest the college lacks teeth, Engel said.

Paramedics are in positions of power and need to face rigorous vetting, strict oversight and decisive discipline, he said.

The case should have triggered an external review by Alberta Justice to determine if charges are warranted, he said.

It seems that the lives of the marginalized people don’t matter as much to the regulating bodies.-Richard Mirasty

In a statement to CBC, the college declined to comment on whether law enforcement officials were consulted as part of its investigation.

“It seems that the lives of the marginalized people don’t matter as much to the regulating bodies,” Mirasty said.

“To say the court costs and a fine is sufficient punishment … the college should be ashamed.”

Makokis suggests that the paramedics failed in their duty of care and instead passed judgment on their patient.

“Racism kills people,” he said. “Underlying assumptions and bias kills people because of the substandard care that they receive.”

The case must trigger changes to how medical infractions are reported and investigated, Makokis said.

Regulatory colleges need to ensure their complaints processes are accessible and provide restorative justice to patients who have been mistreated, he said.

Demographic information should be gathered on the patients involved to help determine if stigma or racism was a factor, he said.

If discrimination is not named, it can not be addressed, Makokis said.

“Was racism named and addressed as a potential component within this investigation?

“And if it’s not, then how can we possibly think that within a health care system as large as Alberta health services — where there is systemic racism and discrimination — that we’re actually going to do anything about it.”