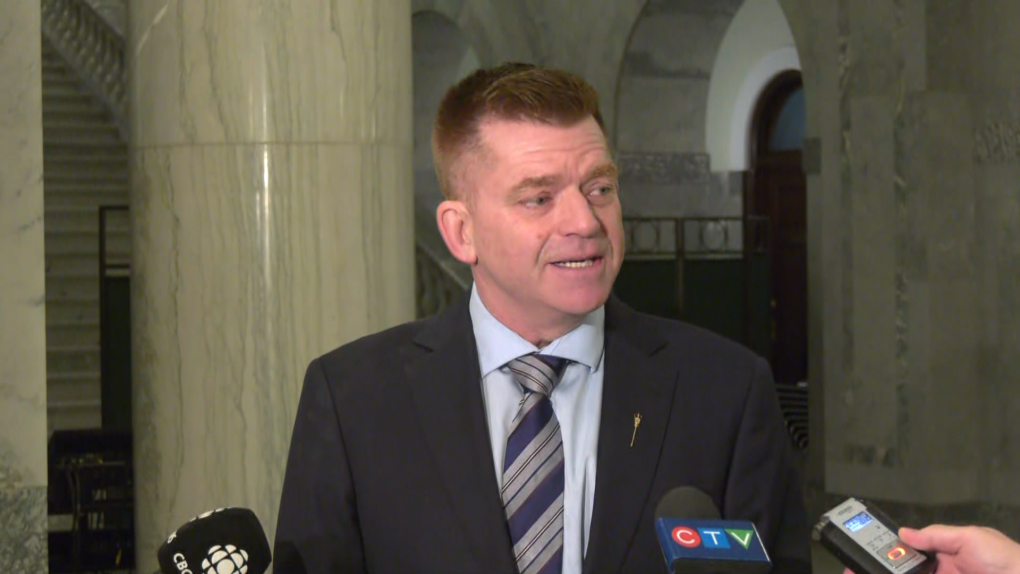 Jean was elected in the riding of Fort McMurray-Lac La Biche, receiving roughly 60 per cent of the vote, in March.

On Thursday he said his focus was on “renewing” the UCP and giving control of the party back to Albertans.

“I’m honoured to be here today. I’m absolutely thrilled to do the people’s business, and that’s what I’m here to do,” he told reporters.

Jean has been a vocal opponent of Premier Jason Kenney and openly advocated for the premier to be voted out of his job.

“I’ve always been clear on that: I want to be the next premier of this province. But that’s not why I’m here today,” he said, telling media he planned to spend the next few weeks travelling the province signing up UCP members.

Kenney’s leadership review was originally scheduled to take place in person in Red Deer on Saturday. However, the party turned to mail-in ballots when more people signed up than its venue could accommodate.

Jean said he is considering legal options against what he calls an unfair review process.

“Let’s be clear: the process has not been fair up to today. They are playing games and there will be more to come on that in the future,” Jean told reporters. “But this is about making sure that members have a voice, and if there is a fair race, Jason Kenney will no longer be the premier after that race.”