Construction officially began on a 1,000 residential unit tower project on Jasper Avenue and 108 Street Friday, as the proponents and dignitaries broke ground on The Parks.

The project will include two rental-apartment towers, one 45 storeys tall and the other 35 storeys.

There will also be a building connecting the towers with commercial space on the lowest floors and a connection to the Corona Station LRT stop. Affordable housing will be included in the development.

“If I’m living in the affordable housing unit and you’re not, we’ll be neighbours, and there’ll be no way of telling which one is which.”

Last fall, the historic El Mirador apartments were demolished to make way for The Parks. A commercial strip was also removed on the corner of Jasper Avenue. 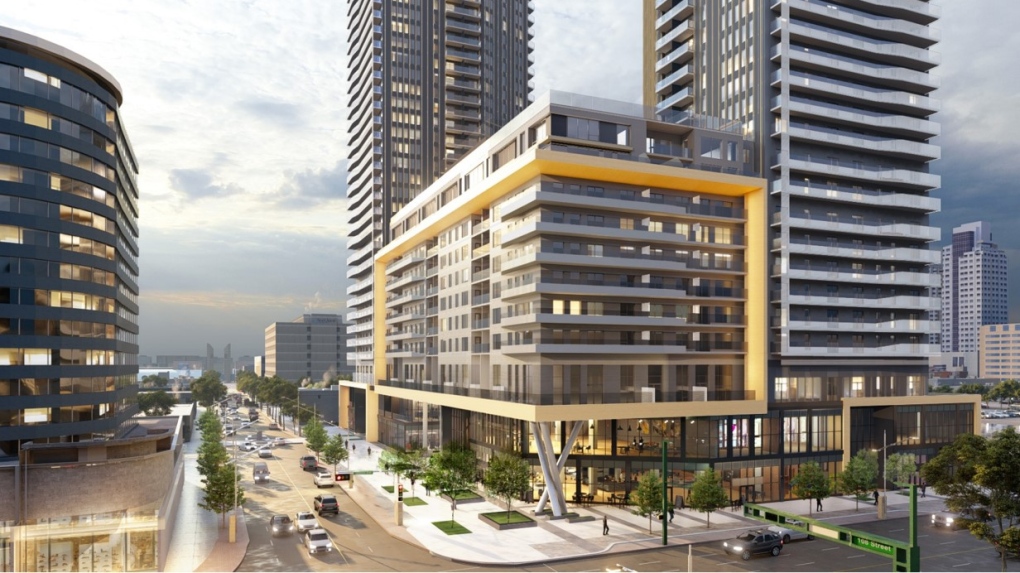 A rendering of The Parks development planned for Jasper Avenue and 108 Street in Edmonton. (Source: Maclab Developments)

“As we work to revitalize our Edmonton downtown core, it is important that we are creating versatile spaces for people to live, work and play in,” tweeted mayor Amarjeet Sohi.

“Downtown will, once again, be a vibrant and thriving destination for visitors and a safe space for residents.”

The first tower is expected to be done within three years, with the rest being completed over the next decade.