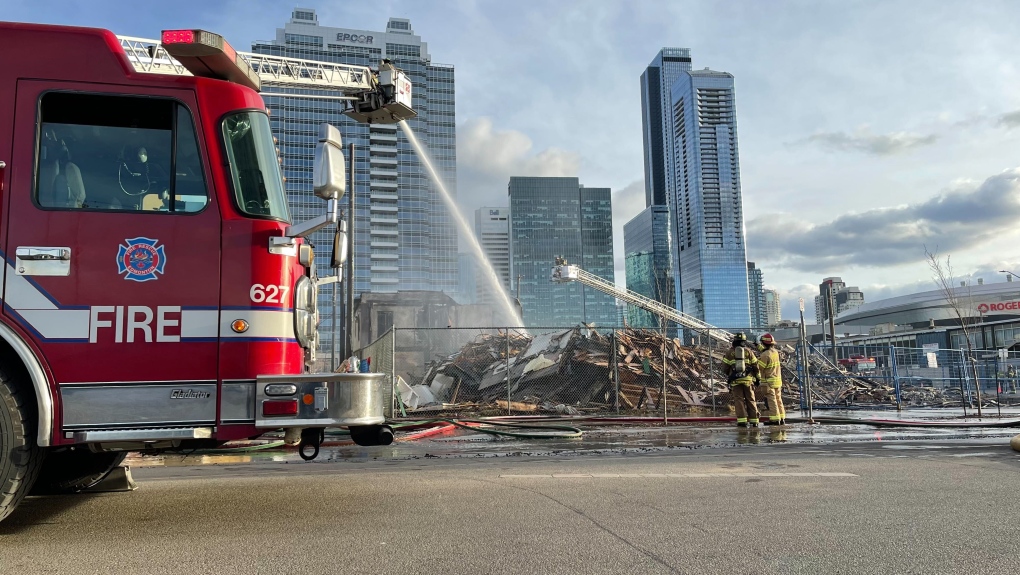 Firefighters responded to a fire downtown Sunday evening at an abandoned building.

Edmonton Fire Rescue Services arrived around 6:20 p.m. with six trucks and around 20 to 24 firefighters the building near 106 Avenue and 101 Street.

“Our crews received a call for a structure fire near where we had previously had an event,” said Howard Samycia, EFRS district chief.

“Upon arrival, first in crews found the building to be fully involved. We called for additional crews,” he added. “We were unable to enter the building due to the extent of the fire so we set up a couple of ladder trucks to attack from the exterior.”

No injuries were reported to EFRS.

In November, a nearby fire destroyed the historic Milla Pub.