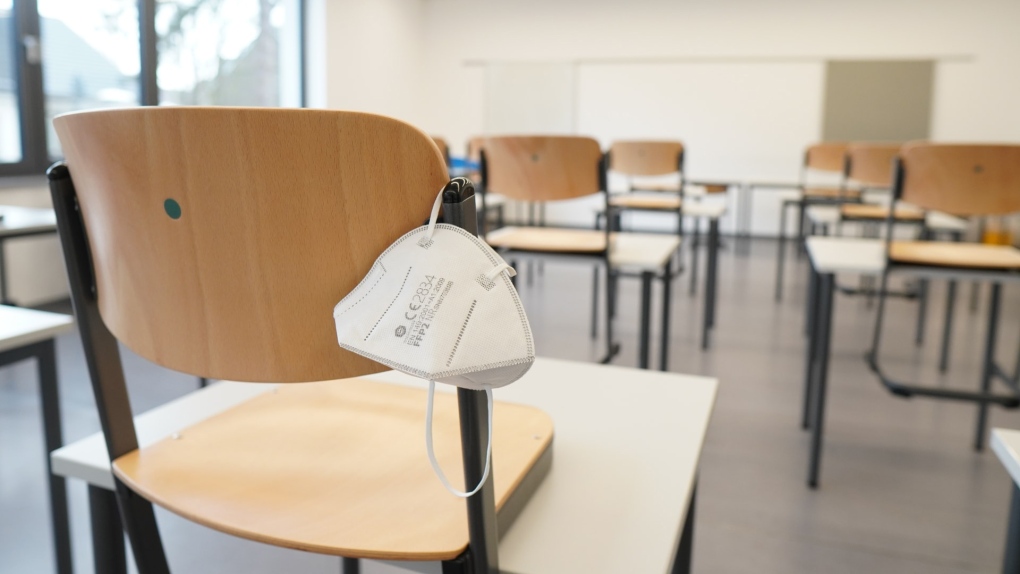 Some Alberta parents are growing increasingly concerned about COVID-19 transmission in schools as the province deals with its sixth wave of the virus.

“(There’s) 25 other people in close contact (in a class), they can’t maintain distance.”

While students in Alberta no longer need to wear their masks in school or on the school bus, Crawford says her 12 and 15-year-old sons still do.

Crawford says one of the issues her family is frustrated by is a lack of data from the province.

“There’s very little way for us to (have) any explicit information about case counts,” Crawford adds. “So when we’re supposed to make risk assessments, it’s virtually impossible.”

A spokesperson with the advocacy group Support Our Students (SOS) feels similar levels of concern.

“I think a lot of the lack of clarity could easily be fixed by leadership and government having reporting targeted testing for certain areas, especially for supporting the classrooms, even just having access to more rapid tests,” said Wing Li, the group’s communication director.

Li says dealing with the sixth wave has been a challenge of its own.

“The parents that reached out to us are just exhausted, yet again,” she said. “I think this time, because there’s no testing and (it’s) harder to find some rapid tests in certain areas, it’s different in that there’s no support.”

SOS says it will continue to be vocal about their concerns, and is hoping the province will make appropriate changes.

“That means acknowledging COVID is still happening for one, (as a) bare minimum,” Li said.

The Calgary Board of Education (CBE) posts its daily attendance records online.

The latest data is from April 8, and indicates that just over 5.1 per cent of students were away due to illness.

Based on the CBE’s total student enrollment numbers from September, there were 125,329 Kindergarten to Grade 12 students, along with other programs like online learning.

If five per cent of that total was ill, it would translate to 6,400 students.

As for staffing, on Monday, the board had 1,010 positions to fill, however, it’s unclear how many were due to an illness.

The CBE says Piitoayis Family School has two homerooms learning online, but they will return to in-person learning Tuesday.

CTV News also obtained a notice from Vincent Massey School on April 5 that stated, “As a result of significant staff absences related to COVID-19, grade 8 classes will temporarily transition to at-home learning beginning on 6 April, 2022” for the remainder of that week, with students returning Monday.

The Calgary Catholic School District (CCSD) says there is currently one school which has shifted to online learning for operational reasons.

In a statement, the office of Alberta’s minister of education says school authorities continue to have the discretion to shift a grade or class to at-home learning should it be operationally required.

“Shifts for schools or entire school authorities for operational reasons require ministerial approval. All requests from schools to shift online have been approved,” press secretary Katherine Stavropoulos said in an email.

“As of today, there is one school shifted to online learning based on operational need. This school has a student population of under 40 students and three teachers. It is important to note that data available from school boardssuggests that rates of absence remain in a range similar to what we have seen for some time.