On Feb. 27, the EPS Gang Suppression Team conducted a “proactive walk” through a restaurant in the area of 99 Street and Jasper Avenue where it ran into a group known to police and asked them to leave.

Officers found a loaded handgun in a bag left behind, which they say belonged to a member of the group — 27-year-old Tysean Wawryk.

Wawryk fled on foot when police called out for him outside the restaurant, EPS said, but he was arrested as he tried to go into a hotel a short time later. 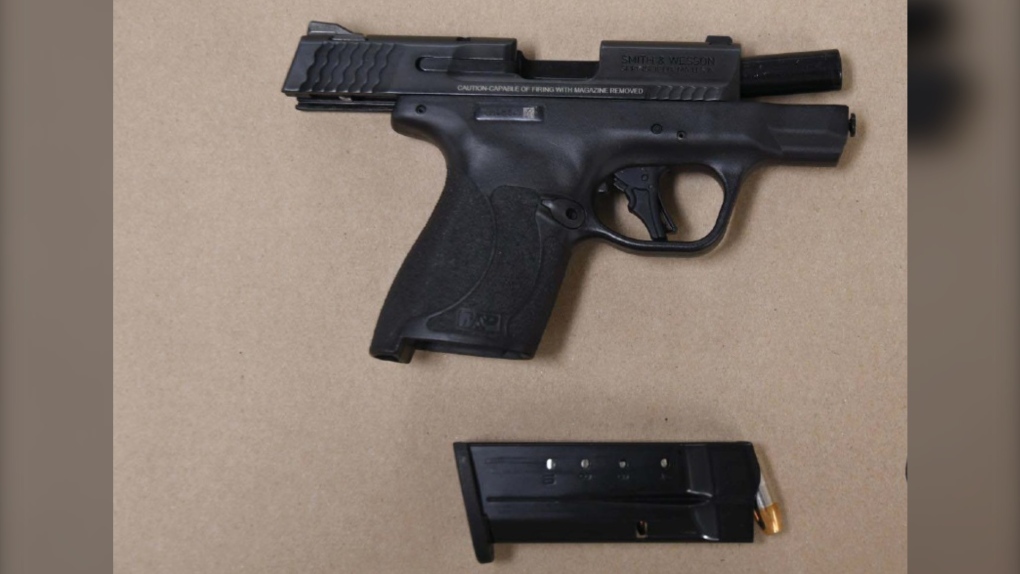 EPS says it seized this firearm at a restaurant in February. (Supplied)

During another proactive walk through a bar in the area of 103 Street and 81 Avenue on April 8, police noticed a man run through a crowd toward a back room, where they said he threw a loaded handgun onto a sofa and fled the bar.

Indeerdeep Sidhu, 27, was arrested outside.

Police said he was also in possession of another person’s ID.

Wawryk and Sidhu are both facing several firearm-related charges.

“While unrelated, both of these arrests illustrate the prevalence of illegal firearms in our community,” said Staff Sgt. Eric Stewart.