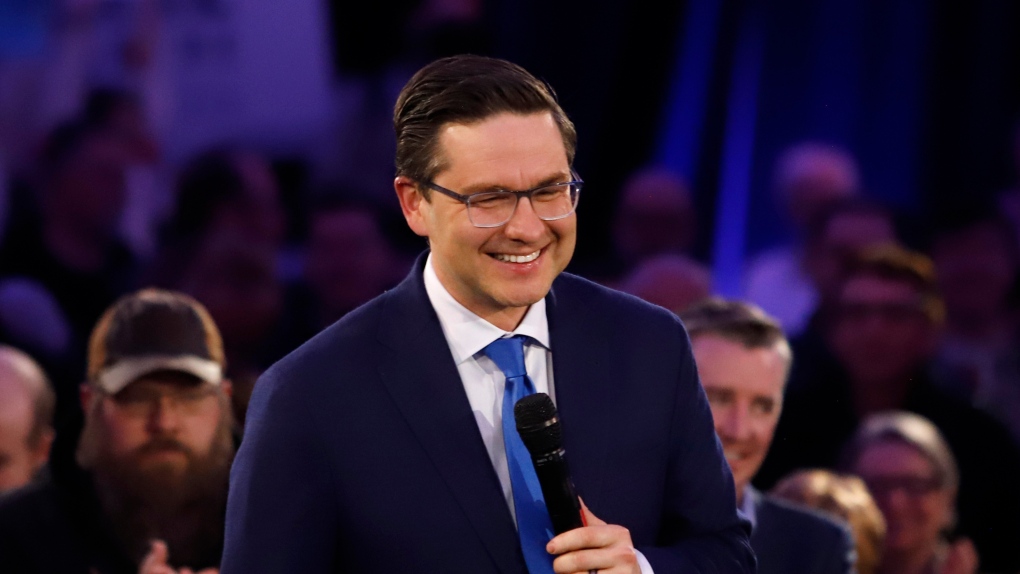 The man considered to be the front-runner to become the leader of the Conservative Party of Canada is campaigning in Edmonton Thursday night.

Pierre Poilievre will make an appearance at the River Cree Resort and Casino at 6:30 p.m.

The Carleton MP was in Calgary — where he was born and raised — on Wednesday and campaign officials estimated he drew a crowd of 5,000 to 7,000 people.

A long list of contenders have announced their intention to run, including MPs Leslyn Lewis and Scott Aitchison, former Quebec premier Jean Charest, and the Mayor of Brampton Patrick Brown.

The first English debate is in Edmonton on May 11.

With files from CTV News Calgary’s Tyson Fedor and CTVNews.ca