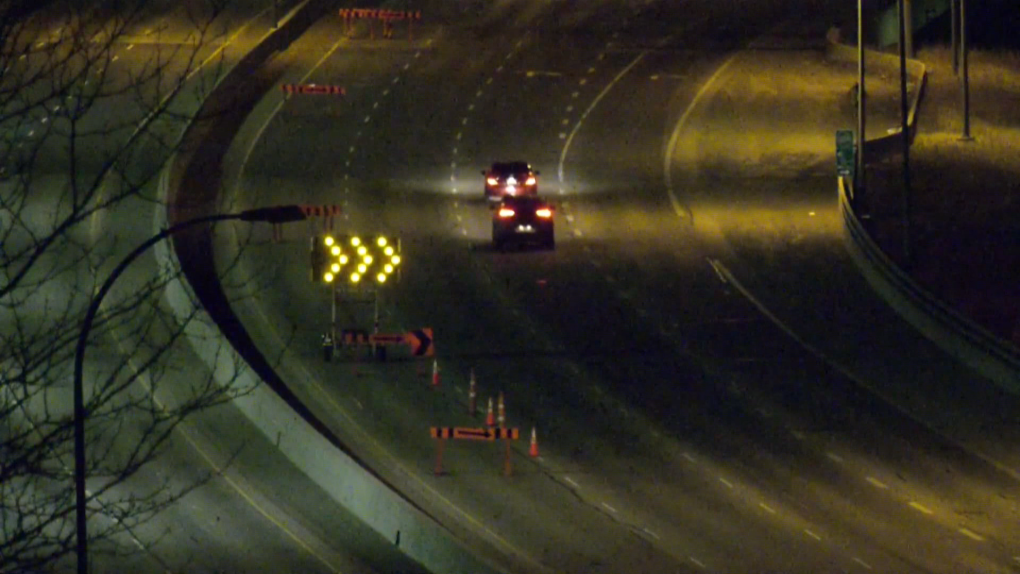 A man is in critical condition after a two-vehicle crash closed Whitemud Drive’s southbound lanes near Quesnell Bridge overnight.

Police responded to the crash at approximately 7:15 p.m. and diverted traffic onto Fox Drive.

A man in his 20s was taken to hospital in critical condition, the Edmonton Police Service told CTV News early Thursday morning.

He was the only person in his vehicle, while the driver in the other vehicle was not hurt, police said.

It’s too early to say if speed or alcohol were factors, EPS added.