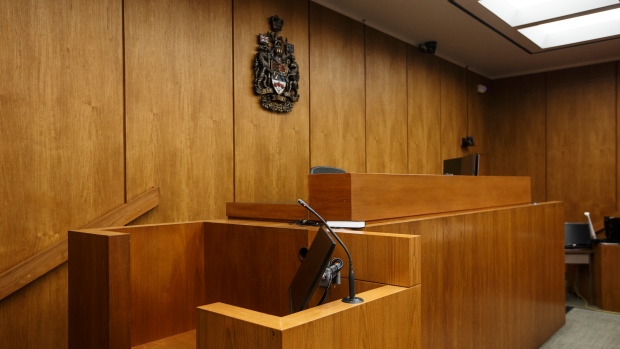 Discussions between Crown prosecutors and the province are ongoing with the hopes of preventing a mass strike action that would paralyze Alberta’s justice system.

Justice ministry and treasury board officials met with the Alberta Crown Attorney’s Association (ACAA) last week, with another meeting scheduled for Thursday.

“We’ve made it clear to the government that what we are really seeking here is the ability to collectively bargain on behalf of prosecutors,” Sopko said. “We had some higher-level conversations about expectations.”

According to Sopko, no formal commitments were made by the government, but there is a small “glimmer of hope” that a strike won’t occur.

“We are in a bit of a holding pattern,” he told CTV News Edmonton. “The ball really is in the government’s court.

“We are waiting to get a response from them about what they are willing to do to resolve the issues.”

“Discussions with ACAA will help inform the development of an objective, market-based approach to compensation for Crown prosecutors,” Dow said. “Which we understand is a key priority for ACAA and its members.”

Should the government respond with a proposal not in the best interest of the ACAA, Sopko said the more than 300 members of the association are “united” in the belief that job action would need to be taken.

“What we really need is to avoid this vicious cycle of things boiling over and feeling like we’ve been ignored and then things boil over and then there’s a knee-jerk reaction that temporarily solves the problem but has no long-term solution,” Sopko added.

“They definitely have to be motivated because the UCP promised in the last campaign that they would be tough on crime and they committed to providing resources to prosecutors to be able to accomplish this,” Mensah said. “This is a huge campaign promise.

“Any movement to a strike in this period as we prepare for the next election would be very, very tough on the UCP,” he added. “I think there is an incentive for the government to compromise here.”

Mensah said the conflict with the ACAA is just the latest example of tensions between the UCP and public sector unions and employees.

“The UCP government has traditionally had a difficult relationship with public-sector unions,” he said, adding that tensions between doctors, nurses, and other health-care workers compensation remain, in addition to a push to change teacher discipline.

“There’s no doubt that there’s no love lost between the public sector and this government,” he said. “(However), if there’s too much upheaval, demonstrations, that plays into the hands of the NDP, particularly in the big cities.”

With Jason Kenney’s leadership review ongoing and a looming provincial election to be called no later than May 2023, Mensah expects the government to settle the issue with Crown prosecutors before it gets to job action.

“The government is in a better financial position than they were months ago,” the political scientist said. “So they can afford to make a deal and settle this because Jason Kenney doesn’t want things like a strike hanging over his head.”