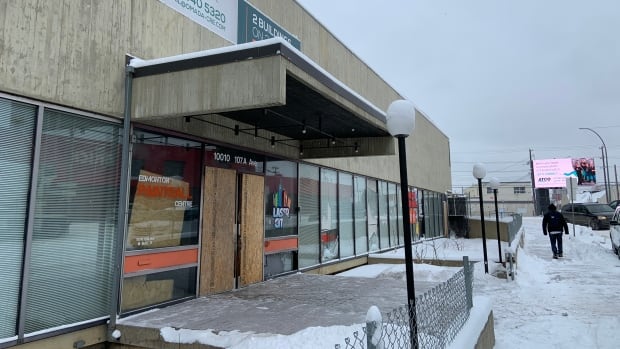 Some residents of Edmonton’s McCauley are concerned about another social agency moving into the area, which they say is already coping with effects of social disorder and crime.

Boyle Street Community Services plans to move into a building at 100th Street and 107A Avenue next year from its current downtown site at 101st Street and 105th Avenue.

The non-profit agency announced the move last December and shortly after, a group of McCauley residents drafted a survey to gauge neighbourhood sentiment about it.

Anna Bubel spearheaded the survey, 800 copies of which were hand-delivered or sent out over email.

Bubel compiled the results of the informal, unscientific survey of some 187 responses received.

“There isn’t one opinion,” she said. “Just over half said outright “no,” or opposed.”

The results, which were shared with CBC Monday, suggest a third of the respondents said they would agree with the development if there were conditions, like a legal agreement that would see Boyle Street address impacts on the community.

The overarching concern, however, is the high number of social agencies in the area, Bubel suggested.

McCauley is home to a number of agencies including Boyle McCauley Health Centre, the Bissell Centre and the Mustard Seed that provide services to homeless people and people with mental health and addictions issues.

Bubel questions why the city doesn’t have a policy that regulates the concentration of agencies.

“We’ve seen last year record responses to the opioid crisis and constant sirens and EMS. We’ve seen derelict housing. We’ve seen fires and arson,” she said. “Can you imagine if we have hundreds more people coming into the Chinatown business district? That is likely not going to make that situation any better.”

Yasushi John Ohki, a McCauley resident and executive director of the Green Violin Community Development Company, said he supports Boyle Street moving into the neighbourhood, but noted that viewpoints on the move are divided.

“There are social agencies, businesses, residents, visitors, community organizations, and church groups all in this area, and all with split opinions even within their organizations.”

Bubel shared the results of her survey with the city’s planning department and Coun. Anne Stevenson.

Stevenson, councillor for Ward O-day’min, said the city is working on improving conditions in the area on several levels.

“There are layers of challenges in these neighbourhoods,” she said.

“I’m really encouraged by the fact that city council is investing in higher cleanliness, in public washroom strategies, in addressing abandoned and derelict properties.”

She said Boyle Street consulted the city before buying the property and its intended use of the building fits with the existing zoning, though the agency still needs a development permit to proceed with construction.

“Development permits always take some time but it seems to me at this point, more procedural than a significant hurdle,” Stevenson said.

Community members can challenge the development permit, she added, likely through the Subdivision and Development Appeal Board.

Boyle Street bought the site in McCauley after the Oilers Entertainment Group agreed to buy its existing downtown lot for $5 million.

The Edmonton Oilers Community Foundation then contributed $10 million to Boyle Street for work on renovating the building in McCauley.

A representative for Boyle Street could not be reached for comment on Monday. The organization is planning to talk to local businesses and residents before it starts construction later this year, the agency said in a news release.