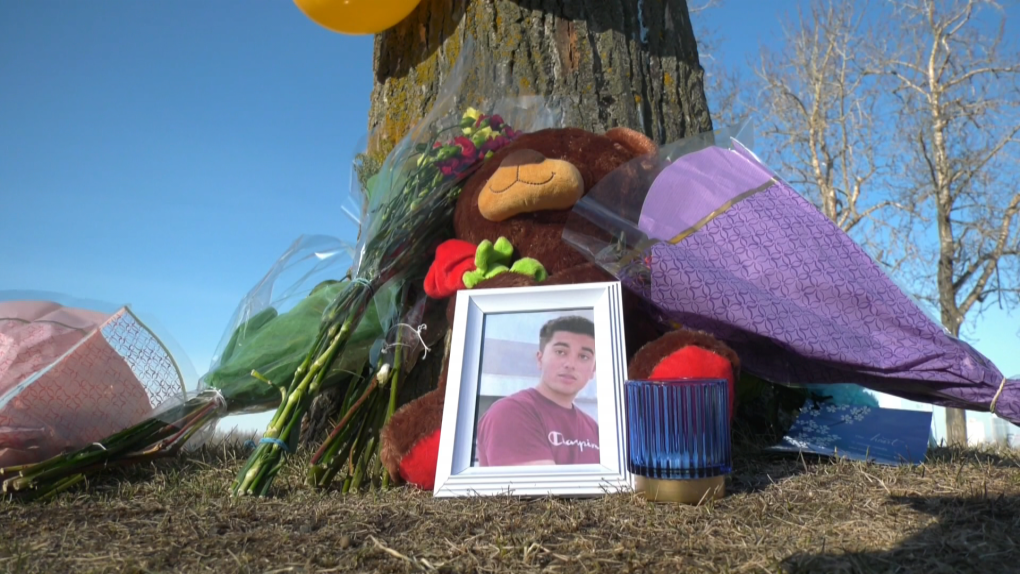 Seven youths in Edmonton have been arrested and are facing charges in the stabbing death of 16-year-old Karanveer Sahota.

The teenager was attacked at a bus stop outside of McNally High School on April 8.

He died of his injuries a week later, and Wednesday’s autopsy determined a stab wound to the chest was the cause of death.

“We did charge seven youth with attempted murder. Since our victim has since passed away, those charges are being reviewed by the crown and those charges will be upgraded in the very near future,” Edmonton Police Service Deputy Chief Kevin Brezinski confirmed Thursday.

“It’s just such a tragedy, when we’re talking about youth. Deaths are always tragic but a preventable death is upon us, and now obviously we’ve got mothers, fathers, community members that are obviously very upset,” Chief Dale McFee added.

He called the investigation “complex” but he applauded the cooperation of witnesses and school officials.

The EPS victims services unit has been in the community to help people, McFee said.

No ages of the people charged were released and a spokesperson said more information will be provided when charges are finalized.

This week the president of the Edmonton Police Association said a move to pull uniformed police officers out of Edmonton Public Schools should be reconsidered following the homicide.

“My heart does go out to the family and to the community for this, but it does beg the question of should the SRO program be looked at again because of the positive effects it can have,” Staff Sgt. Michael Elliott told CTV News Edmonton.

While Elliot acknowledged there is no guarantee that a school resource officer (SRO) would have prevented the attack on Sahota, he said officers were regularly preventing violence in schools before the board “paused” the program in 2019.

“We find extreme value in the SRO program. Certainly, we’re still in the Catholic schools. We cooperated fully with the independent review, we’re hoping that that data will come out and tell us exactly what it is that we can do better or how it’s working,” McFee said.

The chief stated there were “very few” charges laid under the program, and argued it’s more about relationship building with youth.

“At the same time, as we’ve always said, if the school division by their choice decides they don’t want us there, then we’re not going to force ourselves into the schools.”

A spokesperson for the school board said SROs are still being studied, with a report due later this year. In the meantime they’ve hired “safety coaches” in three public schools.

A local criminologist is studying the effectiveness of SROs in schools and said while some have good experiences with the officers, “The issue is those positive interactions are not well distributed.”