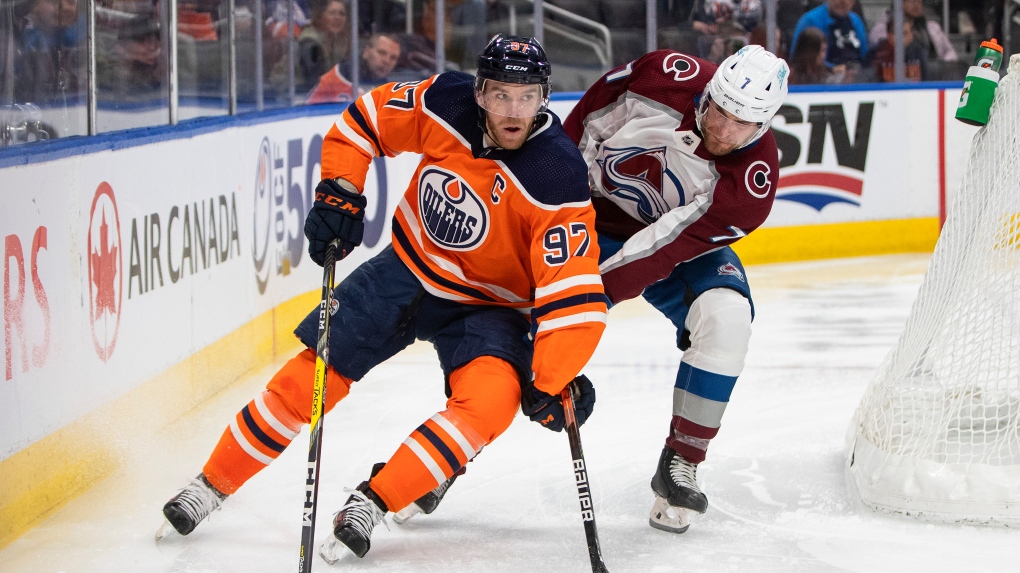 While the Edmonton Oilers continue to build momentum with the playoffs approaching, the Colorado Avalanche figure to start working on a similar concept as the teams get set to meet at Edmonton on Friday.

Edmonton (45-26-6, 96 points) has won three consecutive games and is fighting to secure home ice for the first round of the playoffs. The Oilers are trying to hold off the Los Angeles Kings for second place in the Pacific Division and can help that push against Colorado.

The Avalanche (55-16-6, 116 points) have clinched the No. 1 seed in the Western Conference and were tied with Florida for the most points in the NHL heading into play Thursday. The Panthers had a game in hand on Colorado heading into the final week of the season.

The Avalanche have lost two consecutive games, including 3-2 loss at the expansion Seattle Kraken on Wednesday night. They now face an Edmonton team that is surging at the right time, having gone 9-1-1 since March 28.

“Guys are confident right now,” said the Oilers’ Connor McDavid, who scored a late goal in a 5-2 win over Dallas on Wednesday night. “Up and down the lineup guys feel good about their own game and the team game. A lot of good things happening. We have to keep at it.”

McDavid had three points in the win to run his NHL-leading total to 113 with five games left. With the Kings challenging them for second in the Pacific, the Oilers can’t let up down the stretch.

“It’s great that we’ve come a long way in a short amount of time, but there is still a lot of work ahead,” Edmonton’s Duncan Keith said.

Colorado has shuffled players in and out of the lineup, some for rest and others because of injury or illness. Leading scorer Mikko Rantanen sat out Wednesday’s game with what the team said was a non-COVID illness and Devon Toews, who plays with Cale Makar on the top defensive pairing, sat out the last two games and will not play in the next two.

Coach Jared Bednar said Toews didn’t make the road trip while dealing with a couple of nagging injuries but stressed he would be in the lineup if these were playoff games.

Nazem Kadri returned to action with an assist Wednesday night. He had not played since March 31 due to an upper-body injury. He logged 21 minutes, 28 seconds of ice time after missing eight games as he works back into game shape.

“Well, he’s got some work to do yet,” Bednar said after Wednesday’s game. “As expected, he’s had some time off here now. I didn’t think it was his best performance, wouldn’t expect it to be, so he’s going to have to dig in here and get back into speed.”

There still is a chance Gabriel Landeskog returns during the final week of the regular season. Landeskog had knee surgery on March 15 and has missed 18 games. He has resumed skating but isn’t on the current road trip.