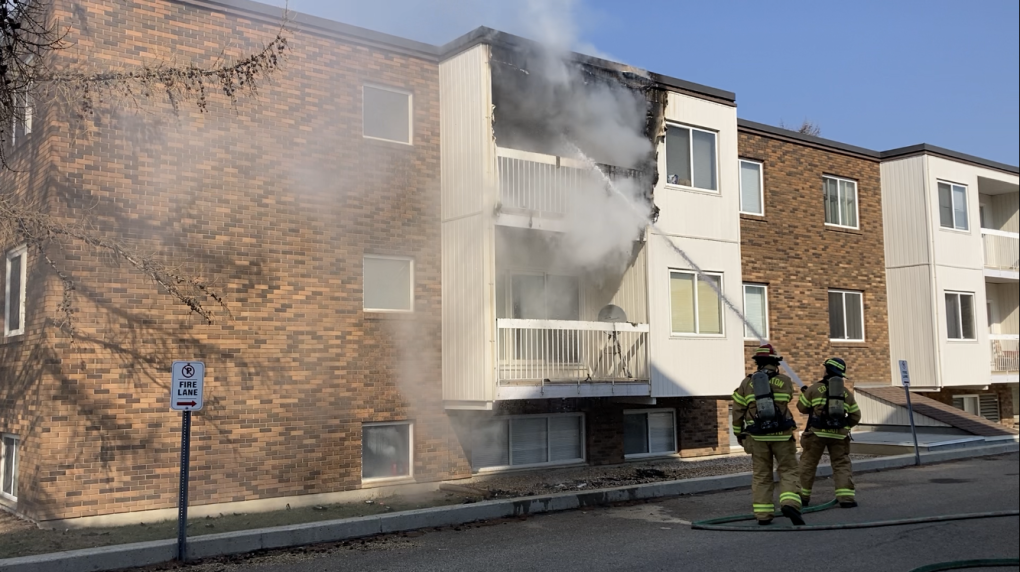 Edmonton fire was called to a three-storey apartment building Sunday for a blaze on the top floor of the building.

Firefighters managed to contain the blaze to a single suite on the third floor of the building. The fire was declared out at 12:02 p.m.

No injuries were reported due to the fire. It’s not known the extent or cost of the damage to the building.