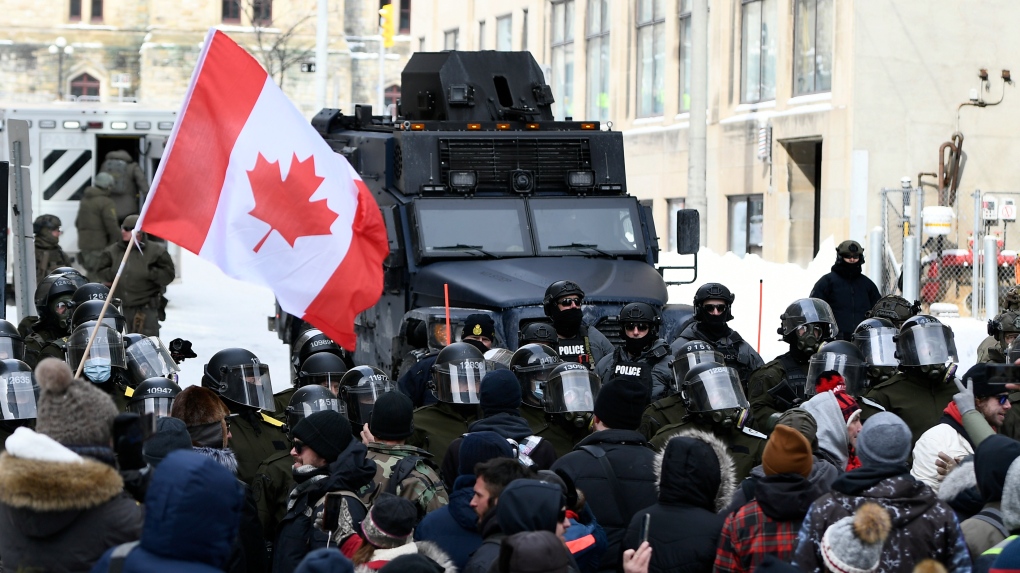 A national inquiry into the federal government’s use of the Emergencies Act to bring an end to the “Freedom Convoy” trucker protests and blockades has been launched, with a mandate to examine the circumstances that led to the use of the Act, and the measures taken through it to deal with the emergency situation.

Prime Minister Justin Trudeau has named Paul S. Rouleau to lead the independent “Public Order Emergency Commission,” which will be ongoing for the better part of the next year.

Rouleau, a long-time judge, will have to present his final report to both the House of Commons and Senate in both official languages, by Feb. 20, 2023.

It will cover “the evolution of the convoy, the impact of funding and disinformation, the economic impact, and efforts of police and other responders prior to and after the declaration,” with the hopes of preventing similar events from happening again, according to a statement from the Prime Minister’s Office.

In a statement, Rouleau said he’s looking forward to beginning the inquiry, and says he’ll have more information on how the commission will function “in the near future.”

“I am committed to ensuring that the process is as open and transparent as possible, recognizing the tight timelines for reporting imposed by the Emergencies Act,” he said.

The commissioner will have the power to summon witnesses under oath and compel them to provide documents. And, according to the Order in Council filing from the federal government that establishes the commission, the study will have access to federal finances to complete its work.

The launching of a national inquiry was mandated under the federal Emergencies Act. It stipulated that the inquiry had to be struck 60 days after a declaration of national emergency was revoked, or expired.

Between late January and mid-February, protesters occupied downtown Ottawa and key border crossings across Canada were blockaded, cutting off millions of dollars in trade and shuttering numerous downtown businesses in the nation’s capital. The protests began as a rejection of federal COVID-19 vaccine mandates and restrictions, but some organizers expressed a desire to see the democratically-elected government overthrown.

After weeks of what Public Safety Minister Marco Mendicino described as “lawless” behaviour and tormenting locals with incessant horn honking and threats, citing increasing concerns about the risk for violence, the federal government took the unprecedented step on Feb. 14 of invoking the Emergencies Act to remove the protesters who at that point were encamped in the downtown core with copious supplies and recreational equipment.

The temporary powers granted allowed officials to crack down on protesters’ access to funds; enabled the RCMP to have the jurisdiction to enforce local laws; designated critical infrastructure and services such as tow-truck operators; and imposed fines and imprisonment on participants who refused to leave the protest zone.

After large-scale police operations were undertaken in the capital between Feb. 17 and 20, numerous arrests were made, the rows of transport trucks were cleared out, and hundreds of charges were laid against protesters, bringing the main demonstration to an end. Road closures and police checks of vehicles looking to enter the protest zone continued for days out of concern about protesters’ return.

On Feb. 23, Trudeau announced the revocation of the extraordinary national powers, saying that the situation was “no longer an emergency.”

Since the main protest in Ottawa was broken up, vehicle access to Wellington Street has remained largely restricted, with a small number of protesters still sporadically showing up in the area, typically on weekends. Banks have unfrozen supporters’ accounts, though court proceedings for some high-profile organizers continue to unfold.

The launch of the inquiry comes as the city of Ottawa and local police are preparing for another convoy set to roll into town this weekend, this time largely on motorcycles.

This inquiry is the second piece of post-declaration scrutiny being put into place.

There is also a joint House and Senate multi-party parliamentary review committee that was struck in the aftermath of the protests.

It has a mandate to review the government’s actions starting on the day the Act was invoked, and ensure the government used its powers responsibly through the time it remained in effect. On Tuesday, after a slow start and a very brief first report, the committee is slated to hear from key ministers involved in the invocation of the Emergencies Act.

Other parliamentary committees have also opted to pick up threads related to the protests, including the House Public Safety and National Security Committee, which is well into a study of the rise of ideologically-motivated violent extremism in Canada.

This is one element of the convoy that Canada has “a lot to unpack” when it comes to understanding what transpired, from the perspective of Trudeau’s top security adviser.