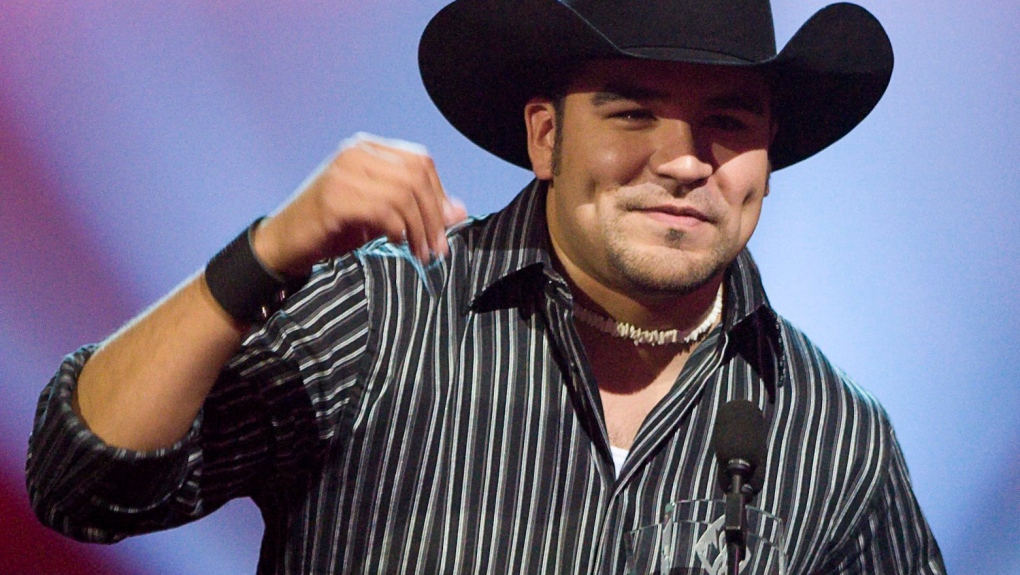 The man best known for the 2007 song Pickup Truck, his cheerful dimples and overcoming a stuttering condition to become a Canadian star, was 42 year old. His cause of death has not been released.

“I was just charmed by him and his talent spoke for itself,” said Louis O’Reilly, who signed Yellowbird to his record label in 2003.

O’Reilly learned of Yellowbird’s death Tuesday morning and called several close friends to confirm. The manager knew his former artist had epilepsy and sometimes suffered seizures, but he did not know how Yellowbird died.

“He had a tremendous voice and a tremendous charisma, and kind of a shyness and an ‘aww shucks’ bashfulness that people saw in him and gravitated to him for that reason,” O’Reilly said.

Yellowbird was a “sincere cowboy” who always stayed humble through growing notoriety and he liked quiet family time, O’Reilly explained. The pair parted ways in 2013, and Yellowbird hadn’t released any music since then.

Tributes to the singer from family and friends started pouring in on Facebook Monday night.

“He called me lil Sis and I called him Bro, we were just 2 Rez kids that decided to go for it and we’d behave as such whenever we saw each other,” wrote fellow Indigenous singer Crystal Shawanda.

“You will be missed by so many, buddy,” wrote country singer Aaron Pritchett.

“He always believed in me as an artist and songwriter, long before a lot of people. A truly beautiful soul,” wrote country artist Aaron Goodvin.

Yellowbird won the Canadian Country Music Association (CCMA) Rising Star Award in 2007, the year he was nominated for a total of five awards.

He was also nominated for a Juno in 2008 and for three more CCMAs in his career.

CTV News Edmonton reached out to several of Yellowbird’s family members for comment on this story.