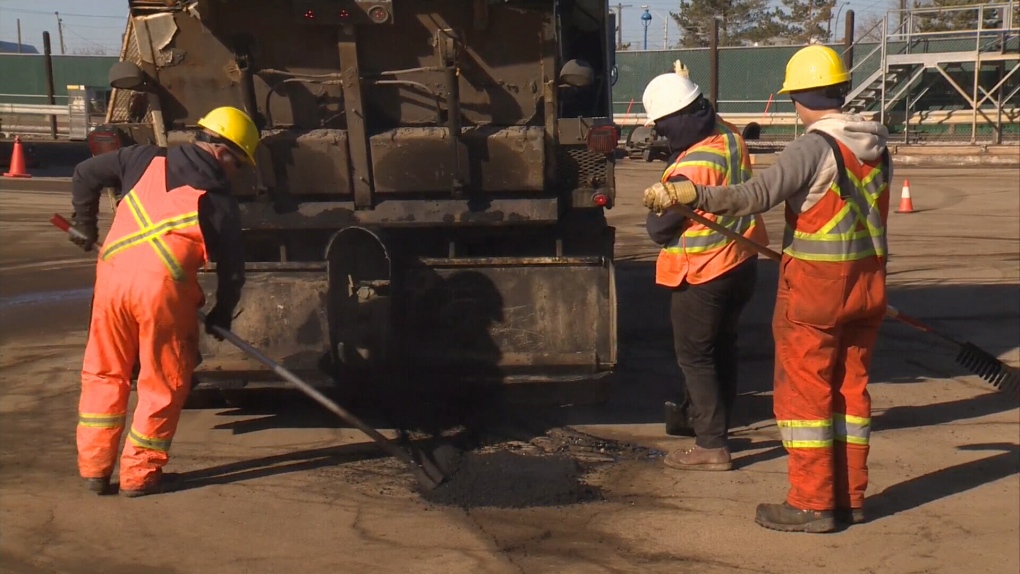 Pothole repair season is in full swing in Edmonton, and the city is looking to drivers to report them.

By calling 311, using the 311 app, or going to the city’s website, residents can report a pothole within the city. Crews will then inspect and prioritize it for repair, with potholes on arterial and commuter routes or large potholes on smaller streets getting top attention.

Timelines for pothole repairs can be found on the city’s website.

Officials say despite the freezing and melting earlier in the season, crews are expecting to fill a similar number of potholes as in 2021.

“Last year we completed over 720,000 pothole repairs, this year we’ve repaired 63,000 so we’ll be on track for repairing about the same amount for this year,” said Caitlin Zerebeski of Edmonton Infrastructure and Maintenance.

Drivers who have experienced damage to their vehicle because of a pothole can also file a claim online.

“We do encourage them to go online to Edmonton.ca to report a pothole and allow them to submit a claim to the city for review,” said Zerebeski.

In addition to the pothole update, the city also provided a street sweeping update on Thursday.

The cold weather and snow over the past weeks has put the program behind schedule.

“We are about two weeks behind for Spring Sweep. As a result, the crews are working hard to get back on track and it’s still anticipated to be completed in June.”