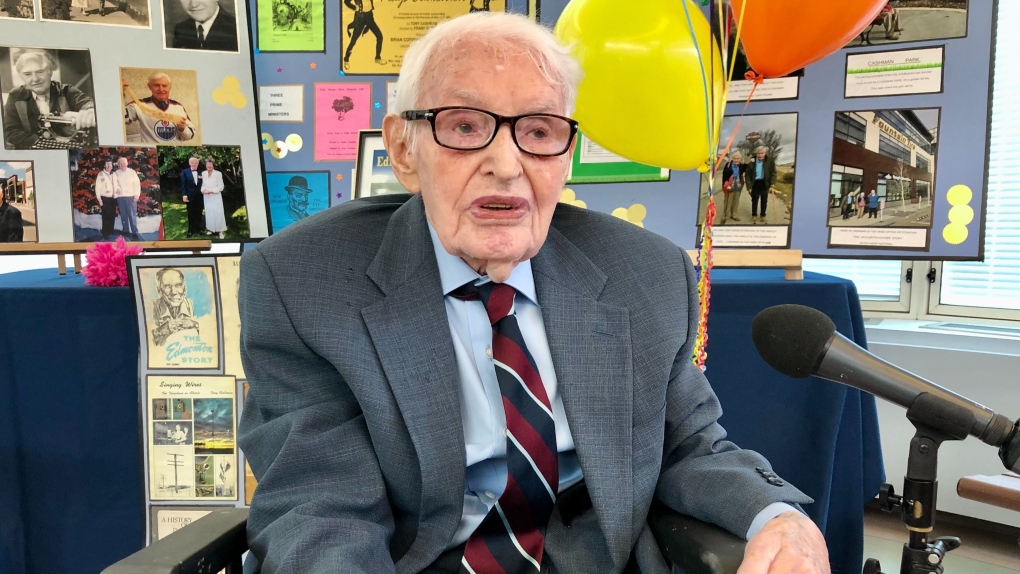 A local veteran and gifted storyteller celebrated his 99th birthday in Edmonton on Friday.

Tony Cashman was awarded the Alberta Order of Excellence in 2014 for his work as a historian, author and playwright.

“It’s not necessarily the end of the line,” he said on Friday with a smile, adding he was “optimistic” about turning 100.

Cashman started his career in the 1950s as a reporter for CJCA and later a program director for CKUA. He went on to publish more than 15 books and over 700 episodes of the ten-minute-program The Edmonton Story.

“I think he’s a testament to how much you can get done if you just work at it everyday. Find something that’s your passion and pursue it. It’s returned many blessing to him,” said his son Paul.

“He’s left a legacy for the city of Edmonton that wouldn’t otherwise be there if he hadn’t captured those stories before they were gone.”

Cashman is a member of Edmonton’s Cultural Hall of Fame, was recognized as Edmontonian of the Century in 2004 and had a new neighbourhood named after him in 2011.