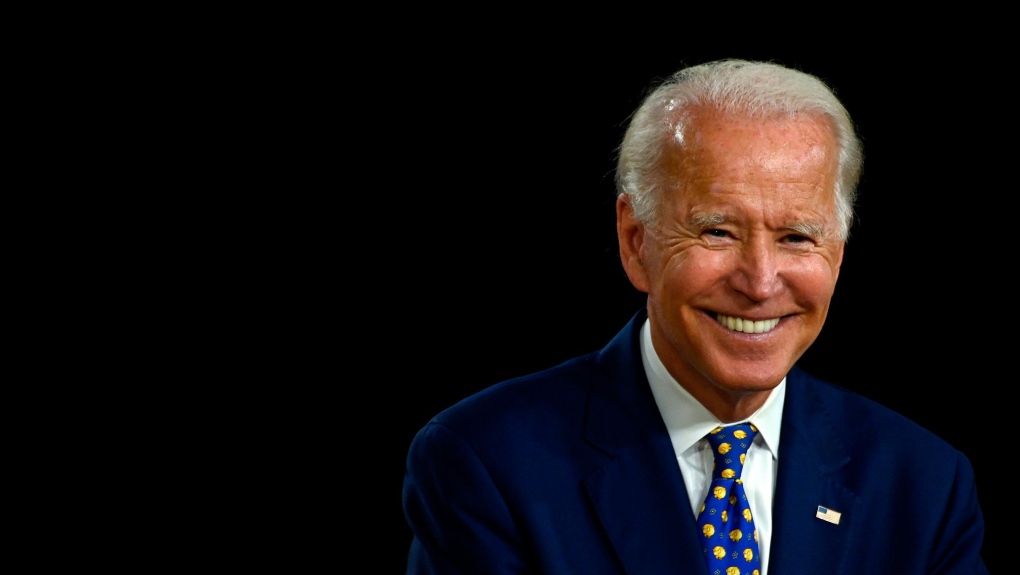 U.S. President Joe Biden took a dig at his predecessor Saturday at the White House Correspondents’ Dinner, while also joking about the press, the GOP and the continued existence of the event altogether.

“I’m really excited to be here tonight with the only group of Americans with a lower approval rating than I have,” Biden said during his initial comments.

“This is the first time the President has attended this dinner in six years,” he said. “It’s understandable. We had a horrible plague followed by two years of COVID.”

Saturday night’s dinner, which took place inside the Washington Hilton and was expected to host more than 2,500 guests, returned in full force after a two-year hiatus due to the pandemic. The event’s program was headlined by “Daily Show” host Trevor Noah and featured Biden delivering comedic remarks. The White House Correspondents’ Association, which hosts the annual black tie event, honored several journalists for their contributions.

Inside the gala, negative COVID-19 tests were required for entry and masks were voluntary — just as they are throughout most of Washington.

But there had been growing concerns that Saturday night’s event could lead to COVID cases among partygoers, after dozens of attendees — including some of Biden’s Cabinet officials — who attended a different Washington party, the Gridiron Dinner, tested positive weeks ago.

Cases of COVID in Washington are now steady after rising following the decline of the Omicron variant’s wave, but Dr. Anthony Fauci, the President’s chief medical adviser, decided to bow out of Saturday’s dinner after a personal risk assessment.

“In general, the risk is low, but I made a personal assessment. I’m 81 years old, and if I get infected, I have a much higher risk,” Fauci said earlier this week.

But Biden’s decision to still attend the dinner, White House press secretary Jen Psaki said earlier this week, was “a risk assessment and a decision he made on a personal basis.” And Biden was intent on going, she said, to express his support for a free press. First lady Jill Biden also attended.

The White House said before the event that the President would be taking extra precautions to prevent catching COVID-19, including skipping the meal portion of the program. Biden sat on the dais, away from the crowded dining room, and wasn’t expected to attend receptions before or afterward.

The President had a rare chance for his comedic chops to shine Saturday night during remarks at the dinner, but the opportunity arguably came at a tough moment for the country to have a laugh.

The economic recovery from COVID-19 has stumbled in the first quarter of 2022, with numbers revealing this week that gross domestic product declined at an annual rate of 1.4% during the first three months of the year — marking the worst quarter for the American economy since the spring of 2020. Russia is continuing to wage war with Ukraine. And as his party heads into a highly consequential midterms season, Biden’s approval rating has stagnated — with a recent CNN Poll of Polls average on Biden’s handling of the presidency finding that 41% of Americans approve of the job he’s doing, with 54% disapproving.

The speech also took place at a time when the American political environment remains extremely polarized, arguably more divided than in 2016 — the last time a president delivered a speech at the dinner.

Biden’s speech had been in the works for a few weeks, officials said, and wasn’t finished as of Friday. But at the outset of the writing process, the President told his team he envisioned an address that went beyond just an amalgamation of one-liners, wisecracks and gags.

Jokes about himself, the press and the GOP were anticipated, but Biden used the appearance to loudly affirm his belief in a free press after his predecessor — who skipped the yearly dinner throughout his time in office — labelled reporters the “enemy of the people.”

The White House sourced a long list jokes from across his staff to craft Saturday night’s set. Officials said the chief of staff Ron Klain, members of the communications team and others inside the White House sent jokes to Biden’s speechwriters for consideration. Rob Flaherty, the director of digital strategy, and Dan Cluchey, a senior speechwriter — both said to be among Biden’s funniest staffers — sent material.

Biden was expected to do a few practice runs to get a feel for the delivery and timing, a person familiar with the matter said.

This story has been updated with additional information Saturday.