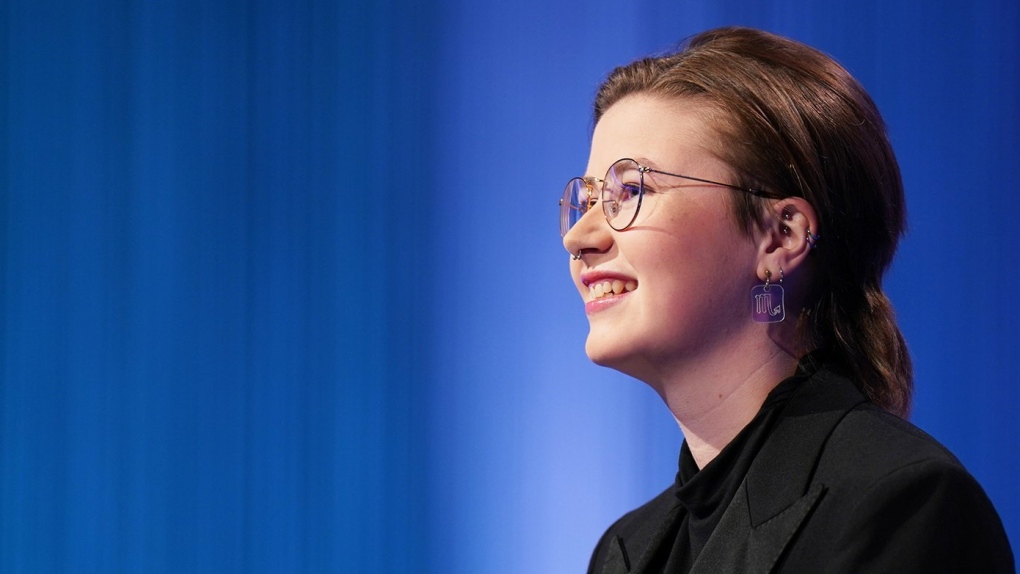 The 23-year-old’s winnings total US$460,184 — the sixth biggest haul in the show’s regular-season history.

Roach, who lives in Toronto and was raised in Halifax, has also earned a spot in the show’s tournament of champions, set to air in the fall.

She holds the longest win streak by a Canadian contestant.

One more win would put her in 5th place.

She has also earned a spot in the show’s tournament of champions, set to air in the fall, and holds the longest win streak by a Canadian contestant.

Roach lives in Toronto, but she has said on the show that she spent much of her childhood and part of her adolescence in Halifax, and has also lived in Calgary and Moncton, N.B.

Caitlin Hayes, the North Vancouver resident who competed against Roach on her 10th episode, said she’s having a blast watching her former rival’s impressive run.

“It’s really fun every night to watch and be cheering her on,” Hayes said. “She’s so good.”

Hayes already knew Roach would be a formidable opponent when she took to the Alex Trebek stage back in February.

The show films five episodes each day, and Hayes had been in the studio audience the previous day.

“So I sat there for, like, 10 hours and watched her play five games in a row. She won all five and she was so good,” Hayes said.

The next day, Hayes was called on to compete first thing. After a slow start, she was the only person to get the Final Jeopardy clue right. Unfortunately, she missed out on winning because she didn’t wager enough — something her nine-year-old daughter hasn’t let her forget.

This report by The Canadian Press was first published April 29, 2022.