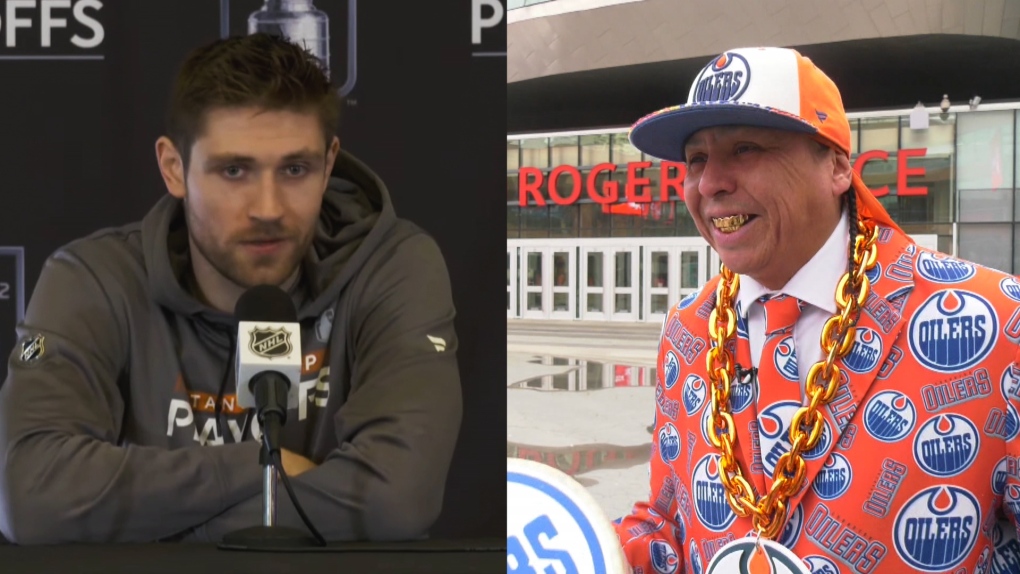 Oilers sniper Leon Draisaitl has experienced it before, and he’s happy to see a full-on playoff party again in Edmonton.

“It’s an exciting day. We haven’t had fans in the playoffs for a long time, so I’m sure it’ll be a pretty good atmosphere,” the 55-goal scorer said on Monday.

The Oilers will take on the L.A. Kings in downtown Edmonton Monday night.

While the team has made the postseason three years in a row, Rogers Place has not been full for a playoff game since 2017.

That was the year the Oilers beat the San Jose Sharks, then lost to the Anaheim Ducks.

“It’s gonna be loud, it’s gonna be rowdy…We obviously need our fans. We’ve been playing really well at home and they’ve been a big part of that. They push us,” he said.

The Oilers centre also recalls losing in the first round the past two years, though he said his teammates aren’t dwelling on that.

“That’s in the past. We didn’t do what we needed to do in those series and we learned from it and we’ll move on,” Draisaitl said.

Monday’s game was sold out, with verified resale tickets ranging from about $200 to $1,000.

Game 1 will also be the first time fans gather for a tailgate party in the brand new plaza outside of the arena.

“It doesn’t matter if you’re inside or outside, it’s going to be crazy. My expectations, as an Oilers fan, we’re going to win this game!” said the superfan known as Magoo.

He’s the Indigeous man who wears a bright orange suit covered in team logos, an Oilers hat and a thick gold chain. Magoo will be beating his drum, literally, in the stands on Monday.

“This is a dream come true. To not only be in the playoffs, but to have home ice advantage, let’s go,” he told CTV News Edmonton.

Game 1 is at 8 p.m. in Edmonton, Game 2 is on Wednesday, before the team flies to California for games three and four.