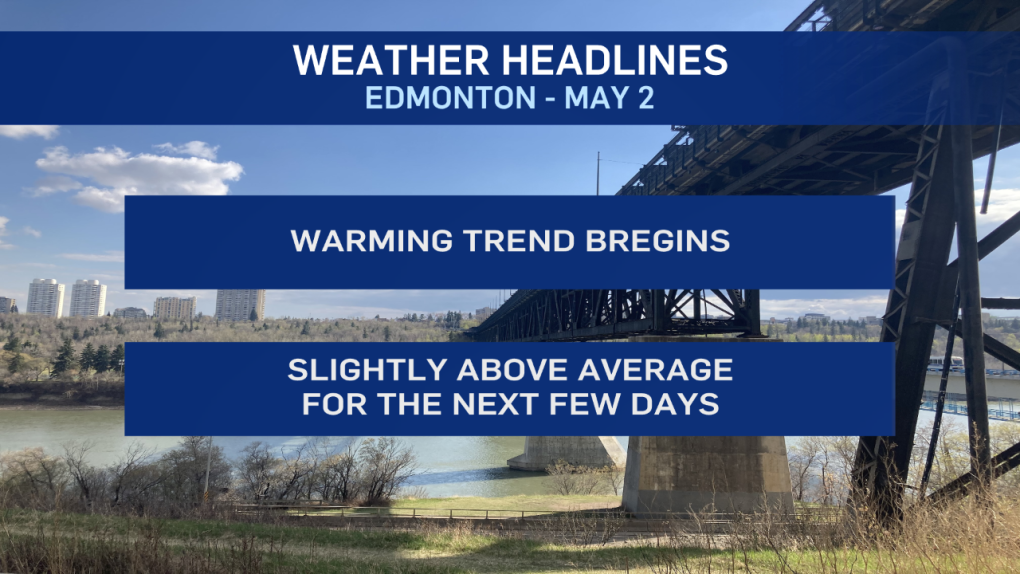 A warming trend this week will leave Edmonton with afternoon highs in the 15 to 20 C range most days this week.

Thursday looks like our best shot at breaking into the low 20s (and Wednesday won’t be too far behind).

I have concerns about the long-range setup. But, we’ll get to that in a moment.

Between 2 and 7 mm of rain fell across the Edmonton region (according to our network of rain gauges) on Sunday.

AND…we’ll probably get some more precipitation over the next few days.

We’ll see some showers develop in the foothills this afternoon and some of the modelling wants to push a few showers east towards the Edmonton region overnight and/or early Tuesday morning.

It doesn’t look like it’ll be any significant moisture (if any at all).

But, there IS a chance of a shower.

After that, the next best chance comes late in the day on Thursday.

Then…looking ahead to the weekend, there’s a risk of rain, possibly mixed with snow on Sunday.

Cooler air looks set to drop in for a few days early next week.

Northeastern Alberta will probably get snow this weekend (especially Sunday).

For the Edmonton region, we’ll go from highs near 20 C on Thursday to highs near 10 C by Sunday/Monday with a chance of wet snow.

Tuesday – 30% chance of a shower early in the morning.