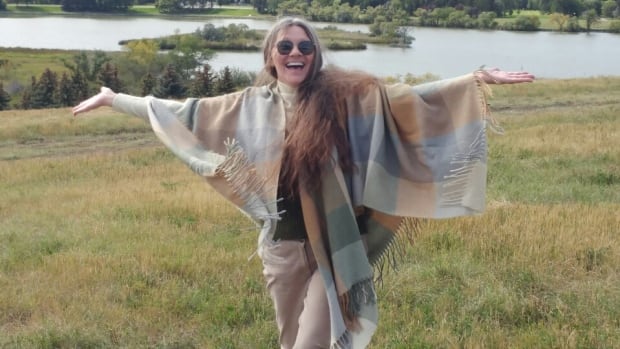 This First Person piece is by Gayle Bryce, a writer living in Regina. She’s survived two abusive relationships and says the words of a counsellor at a shelter kept her from entering a third. For more information about CBC’s Opinion section, please see the FAQ.

I was stuck in an abusive relationship with no one to help me. My abuser had taken control of all the money, effectively cut off my connections with friends, and my family offered no support whatsoever. Things in the relationship just kept getting worse and I knew that eventually he was going to kill me.

Then I woke up one morning and thought, “I can’t live like this anymore. I’m getting out.” I had no idea then what fresh hell that would take.

It should have been easy, but it wasn’t because freedom for the victims of abuse comes at a cost. The price is having to forge through a system that seems designed to protect the abuser, suffering through social ignorance and having to fight for your rights as a human being. It’s a battle where the odds are — for the most part — stacked against you. I never dreamed it would be so hard. It was a trial by fire that I barely made it through.

That was many decades ago, and I’ve relished every moment of my freedom since. Some things haven’t changed for the unfortunate ones still stuck in the system. They still have to walk through that fire to gain their freedom.

There are laws in place to protect “the rights” of the abuser, and that means their victims have to fight harder to get free. They relax in the warm glow of their rights while their victims struggle.

Barriers made it hard to break free

I once called the police after a particularly violent incident. When the officers came, they could clearly see the evidence of the violence and my then-partner even admitted to what he’d done.

Later, during our legal separation, the court wouldn’t listen to my accusations about the violence because there was no police report. It was enough to make me feel victimized all over again. I had to remind myself that being treated fairly wasn’t the priority — freedom was.

On another occasion, after being so terrified that I locked him out of the house in a desperate bid to keep myself and my child safe, he called the police on me and they ordered me to let him in. They told me in no uncertain terms that I had no right to lock him out of the home, despite me telling them about my fear for our safety.

I got so sick of hearing, “Well, if it was so bad, then why didn’t you just leave?”

The answer to that isn’t simple. We tend to think of abusers as dumb monsters but actually they’re sly. They know how to bleed away your freedom until they have total control over every aspect of your life.

They do it by isolating you from friends and family and taking control of all the money. They usually do it so gradually you don’t even realize until it’s too late. By then, there’s nowhere to go and no way to get there. “Just leaving” isn’t a simple option anymore.

Accepting violence and abuse as the norm

Coping with the social stigma can be hard, too. People look at you like you’re an idiot if you admit you’re being abused and are still living with the abuser.

Abuse becomes a pre-conditioned mindset, The people being abused don’t see themselves as victims, it’s just their normal life. They don’t like being abused, but they don’t recognize it as abuse and are confused about why they feel so angry and resentful.

It’s tragic that on top of dealing with abuse, victims face a system that make leaving an emotional and psychological nightmare of gigantic proportions, particularly if one has children and custody becomes an issue of contention.

I’ll never forget the time I ended up in a women’s shelter. One of the workers told me many of the women would end up back in abusive situations. Those words echoed in my mind. I promised myself that I would not be one of them.

Breaking free from an abuser can bring fear of repercussions. I was tired of being afraid, so I took martial arts classes. They helped give me back my confidence. When my ex paid an unexpected visit and grabbed me, he got an unexpected surprise of his own when my training kicked in. I reacted on pure instinct, warning him to never touch me again.

That was the last time he ever did.

Even though it’s been many years since I left my abusive partners, I don’t see that much has changed within the system.

I’m not a victim anymore; I’m a survivor. I had to walk through the fires of hell to get here. It shouldn’t have had to be that way.

To anyone going through that fire right now, just remember there’s freedom on the other side.

Support is available for anyone affected by intimate partner violence. You can access support services and local resources in Canada by visiting this website. If your situation is urgent, please contact emergency services in your area.

Interested in writing for us? We accept pitches for Opinion and First Person pieces from Saskatchewan residents who want to share their thoughts on the news of the day, issues affecting their community or who have a compelling personal story to share. No need to be a professional writer!

Read more about what we’re looking for here, then email sask-opinion-grp@cbc.ca with your idea.