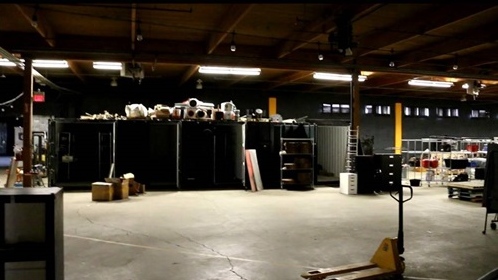 The drug and gang unit seized more than $500,000 worth of drugs, ammunition, and a firearm last month from a northwest Edmonton warehouse.

According to the Edmonton Police Service, “various” pieces of intelligence led officers to search the warehouse near 141 Street and 128 Avenue.

“Hundreds” of rounds of ammunition, a taser, and an automatic machine gun with a full 25-round magazine were located as well as two full handgun magazines, police said on Thursday.

While searching the warehouse, officers located two sea can containers. According to EPS, one was repurposed as a micro-grow for suspected cannabis or psilocybin, while the other was allegedly used for steroid production.

“Officers continue to investigate,” EPS said in a statement.