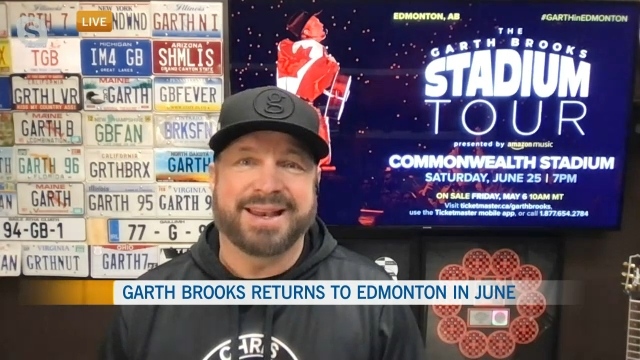 Brooks is fond of Edmonton after nine sold out shows in 2017 earned him a banner at Rogers Place.

“The sweetest thing is you just keep getting posts and emails and stuff from your friends up north, and they go, ‘Man, are you ever gonna bring your stadium tour up here?’ And so we were really excited to announce we were coming back to Edmonton. It’s nothing but great memories in that town for us,” he told CTV Morning Live’s Cory Edel.

“It’s a crazy idea and a wonderful idea to take all those nights we were there and now stick all those people in one stadium. You can go to a concert, this is going to be a party.”

The show is on June 25 and tickets go on sale Friday at 10 a.m. on Ticketmaster.