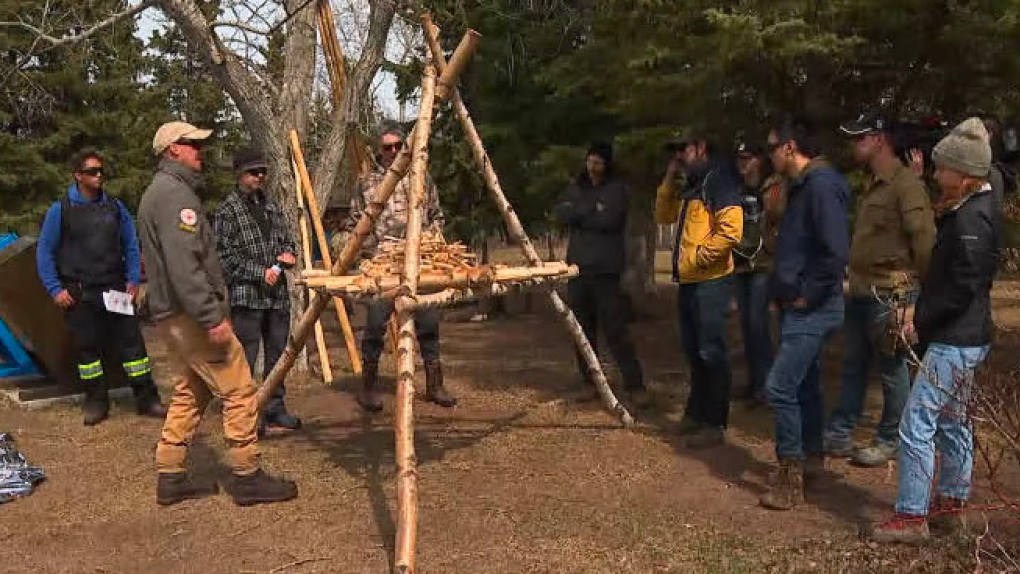 As a former paramedic, Greg Gorecki knows a thing or two about survival.

Now, he’s using his skills, along with a few friends with military and wilderness-survival backgrounds, to help prepare others for just about anything, up to and including the end of the world as we know it.

Gorecki started the Apocalypse Preparedness and Survival School in the Edmonton area. He says students will learn skills that will come in handy during a worst-case scenario: the fall of society.

“It would be a situation where people turn against each other,” Gorecki told CTV News. “Where a situation is so dire and so desperate that the government or local services aren’t able to deal with everything.”

Just a few years ago, the idea of a global pandemic nearly bringing Canada’s health-care system to a halt, or the thought of a modern full-blown war in Europe, might also have sounded like fiction. Now, those things are reality.

So far, the school has held two rounds of courses. It’s a two-day weekend commitment, with an in-class portion in Edmonton and a field portion in the Cooking Lake area.

Among the subjects taught are compass operation and navigation, treating serious wounds, performing stitches and other first aid, water purification, fire-starting without matches or lighters, shelter-building, – and even how to protect yourself from airborne chemicals or radiation.

The skills taught at Gorecki’s school won’t only come in handy at the end of days. Many of the lessons include valuable knowledge for hikers and campers.

“It makes me more confident and more capable out in the wild,” said Nigel Watts, a student.

Watts is an avid camper. He says the skills he learned in the course will come in handy in the wild, but he also wants to be prepared for any major disaster.

“Now we know, given the past two years, with quarantines and everything like that, and now with Ukraine happening, you know, you don’t really know what’s ahead.”

The school is planning more courses this month. The cost is $280 per person. Gorecki says any refugees from Ukraine who make his way to the Edmonton area can take the course for free.