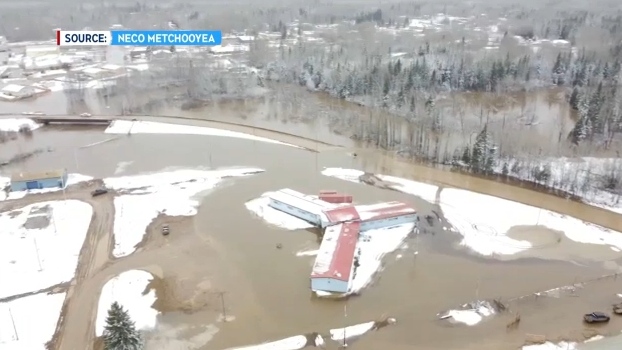 Approximately 1,100 people in northern Alberta have been affected by flooding, prompting evacuation orders.

Some Dene Tha’ First Nation residents at Chateh, west of High Level, Alta., have been told to evacuate.

Ric McIver, municipal affairs minister, said a reception centre had been set up for evacuees, and the province is ready to scale up assistance should the situation deteriorate further.

McIver said the operational level for the Alberta Emergency Management Agency operations centre has been elevated to Level 2, meaning it is augmenting staff and preparing to deploy personnel should they be needed.

“There are three communities we are prepared for should the water get higher and the flooding situation get serious,” the minister said. “We will provide services as they are required. It all depends on the severity of the flooding incident.”

According to McIver, some temporary flood mitigation measures, like tiger dams, have been implemented.

“We are in the areas helping people,” he added. “We have a First Nations liaison staff helping out.”