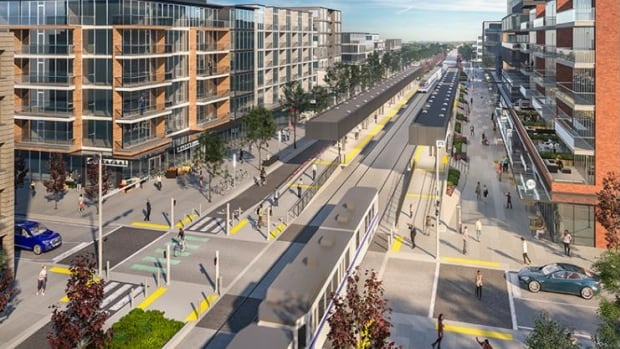 The City of Edmonton’s plan for the Blatchford community on former City Centre Airport lands has produced just a few dozen homes, instead of the 2,700 residences in the original vision eight years ago.

The blueprint for the 536 acres of city-owned land, not far from downtown Edmonton, would eventually support 30,000 residents and connect them to renewable energy, LRT and a corridor of green spaces and parks. The first four home builders launched sales in March 2019.

Coun. Tim Cartmell said the city should perhaps consider selling the land at a lower price than the current market value.

“So we take a loss at the front end on the sales price but we get tax revenue every year starting next year,” Cartmell said in an interview Tuesday. “And, it’s really just a matter of time until we catch up because property taxes go forever.”

Cartmell plans to suggest a new approach to Blatchford in a motion at a council meeting Wednesday.

Picking up the pace in Blatchford could also mean partnering with third-party private sector developers to help build out the community.

“That doesn’t mean we give up on our audacious goals around ecological responsibility and density and built-form and mass transit as the primary mover in all those things.”

“It does mean that we can leverage those private sector partners to help deliver those goals, much faster than they’re being delivered now.”

Some Edmonton land and housing developers are often working in suburbs, where land is cheaper to develop.

The Blatchford vision includes affordable housing for families in a walkable, amenity-rich environment.

“That needs to be in Blatchford,” he said. “If I live in Blatchford right now, I have to hop in my car to do everything. Nothing’s walkable. You can’t even walk to the LRT station.”

The Metro Line LRT extension is scheduled to be running to Blatchford by 2025.

Homes in Blatchford are connected to a district energy centre — a utility that draws on geothermal energy to provide heating and cooling to homes.

The utility opened in November 2019 and the first residents hooked up in early 2020.

Cartmell said a big motivation to switch gears on Blatchford now is the budget this fall, when council will be faced with tough decisions on what to fund and where to cut while trying to maintain low property tax increases.

“We’ve got a monumental budget crisis coming at us in the fall,” he said.