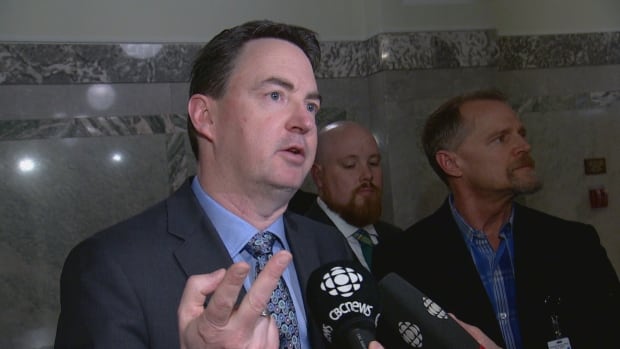 The Alberta government has paused its plan to end the insulin pump therapy program, after widespread backlash from diabetics and their national advocacy group.

“We are pausing the implementation,” Health Minister Jason Copping told reporters at the legislature Thursday, minutes before announcing his decision in the House.

Copping announced May 2 that the program would end on Aug. 1.

After that date, most of the 4,000 Alberta diabetics who relied on the program to cover the pumps, equipment and supplies would have been expected to rely on their employer health benefit plans or Alberta Blue Cross to help pay for the devices.

Users met the announcement with anger and dismay. Some said their benefit plans didn’t cover the devices or placed caps on annual coverage. Others said they couldn’t afford the premiums and co-payments charged by Blue Cross.

Copping apologized in the legislature Thursday for the “confusion” caused by the May 2 announcement. He said the government plans to do town halls and talk to everyone who uses the program to ensure no one gets left behind.

“There shouldn’t be a choice between being able to manage this chronic disease and then putting food on the table,” Copping said.

Earlier this week, Diabetes Canada sent Copping a letter asking him to keep the program, which the province introduced in 2013.

Russell Williams, a vice-president with the national advocacy organization, said Diabetes Canada was receiving “many calls and emails” from distressed Albertans who can’t afford the Blue Cross premiums and co-payments.

“This will leave them with no other choice but to resume multiple daily injections of insulin and effectively compromise their ability to manage their diabetes,” Williams wrote.

“In some cases, it may force Albertans to make difficult choices between paying for needed diabetes drugs, devices, and supplies, or paying for necessities like rent or food.”

“Access that causes undue financial and emotional burden to Canadians who are losing valued coverage is problematic at best and unethical at worst,” Williams added.

“We urge you to reconsider these program changes as announced.”

Copping said he spoke to Diabetes Canada Thursday morning and invited them to take part in the consultation.