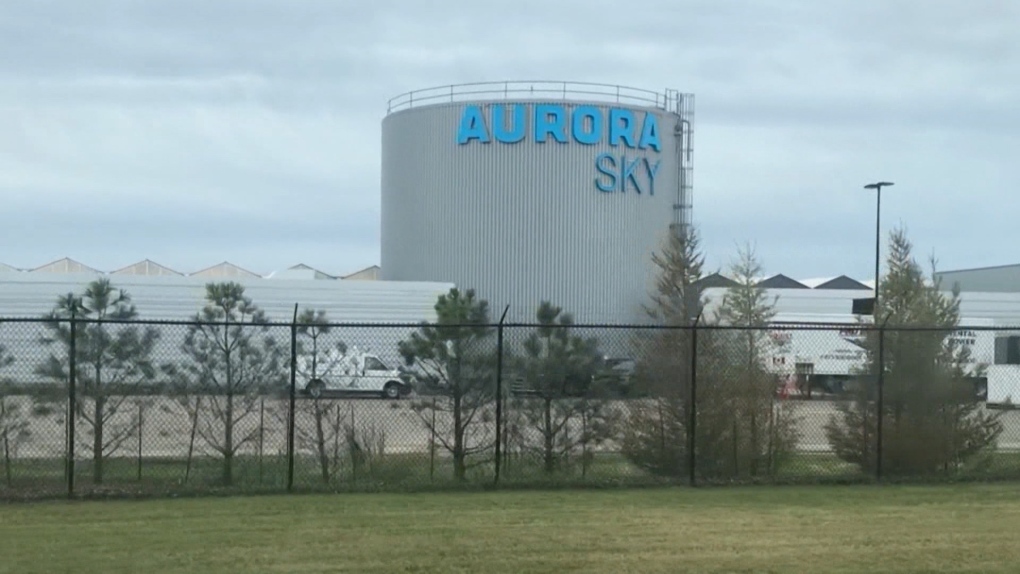 Aurora Sky Cannabis is closing its facility in Edmonton after reporting more than a $1 billion net loss in its most recent quarter.

The Edmonton-based cannabis business said Thursday the facility would close, but an office would remain open in the city.

“This decision was not taken lightly,” said Michelle Lefler, a company spokesperson. “The company continues to make tough yet responsible changes to optimize our business to meet the challenges and opportunities of the cannabis industry and position Aurora for long term global success.”

“Aurora’s roots will always be in Alberta,” Lefler added. “We are grateful to all Albertans for their ongoing support of our business. Most importantly, we want to recognize the hard work of our employees and thank them for their contributions.”

Aurora said its net revenue for the period ended March 31 reached $50.4 million, down nine per cent from about $55 million the quarter before.

The third-quarter loss was up from a more than $160 million loss it reported in the same quarter last year and was coupled with $741.7 million in goodwill impairment charges and $176.1 million in impairment related to property, plants and equipment.

The company blamed the net loss on pricing pressures exacerbated by temporary pot shop closures during the COVID-19 pandemic.

The company also announced it would wind down operations at a grow site in the B.C. Interior.

Closing the facility is anticipated to save the company $7 million per quarter, Miguel Martin, Aurora’s chief executive, said on a call with analysts.

Aurora headquarters opened in Alberta’s capital city in 2018. Job cuts at the Edmonton Polaris facility were announced in December 2020, with 214 workers being affected.

“During this transition, we are committed to supporting all employees who are impacted by this decision and will provide a full suite of resources to assist them,” Lefler said.