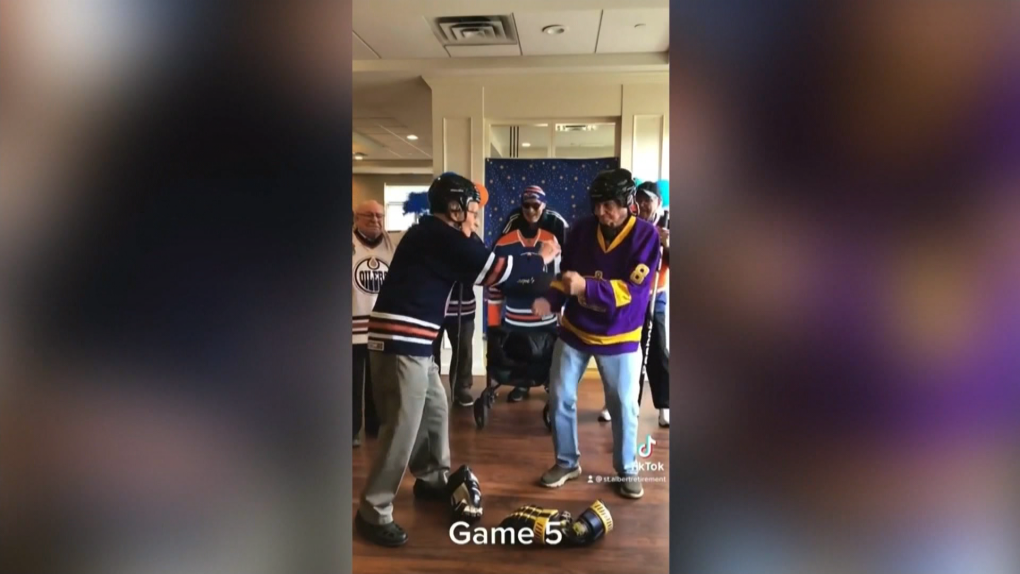 TikTok is usually known as a social media platform for young people, but some of St. Albert’s oldest residents have discovered a winning formula for video views.

Seniors at the St. Albert Retirement Residence have been posting videos on the platform for two years.

“We try to have really innovative and engaging and different programming here that makes our residents feel that they are still connected with the outside community,” said Lori Kary, the recreation therapist at the centre.

When the Oilers made the playoffs, the group started posting videos on game day. The videos scored big with fans and residents alike.

“It creates a real buzz in our building, and even the residents who aren’t in the videos, they come, the other residents come and gather just to watch,” Kary said.

Gib Paradis, 98, has been a fan of the Oilers since the team started. He has many fond memories of attending games at the old coliseum. He’s enjoying the series between the Oilers and the Kings.

“They’ve done very well so far. They gotta win the next one, or else,” he said with a laugh. “But they made the playoffs, that’s a plus.”

He recently learned some hockey fighting moves for one of the group’s videos.

“They told me that but it’s hard to believe!” Paradis said.

Kary said the videos usually take about 10 minutes to record, then a recreation aide helps put them together.

So what’s the next video for the group?