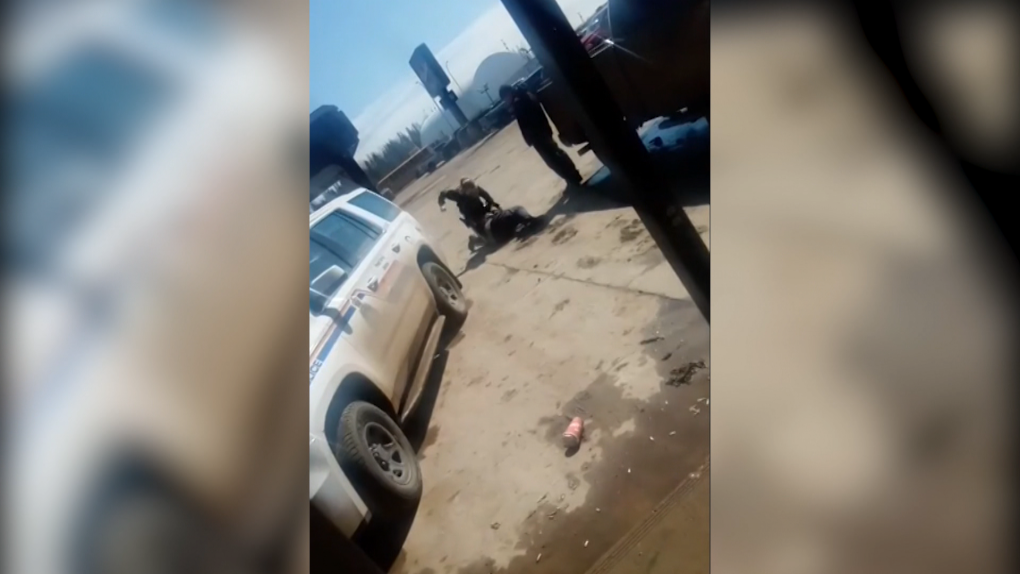 A northern Alberta RCMP officer involved in a physical altercation during an arrest is now on administrative leave.

Mounties say a single officer responded to a complaint of intoxicated people causing a disturbance at High Level’s Flamingo Inn on Wednesday.

Upon arrival, the officer tried to arrest an intoxicated male of unknown age.

Police say he refused to follow instructions, and a “physical interaction occurred.”

When a second officer arrived, they arrested him without further incident, RCMP said.

In the first video, less than 30 seconds long, the second Mountie arrives as the first RCMP officer knees and punches a person they are holding on the ground.

In the second clip, only 12 seconds long, the first RCMP officer orders the person restrained on the ground, “Give me your arm.” She then strikes him several times.

“It shows our officer striking the subject in an effort to bring them under control. The appropriateness and level of force used to make this arrest is under review,” said Chief Superintendent Sean Curry, officer-in-charge for the Western Alberta District.

Neither video shows the preceding events.

The RCMP are conducting an internal review and the Alberta Serious Incident Response Team (ASIRT) is investigating.

The officer was placed on administrative leave.

Three hours after the male was taken into custody, he was assessed for his injuries and hospitalized, Curry said.

He’s since been released from hospital without charges.