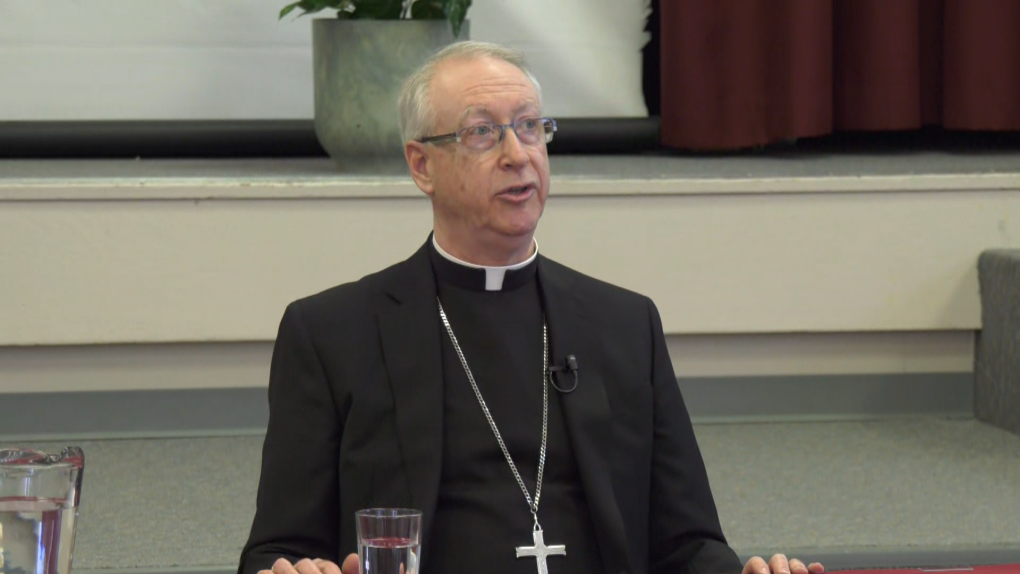 “Surprised, and delighted,” was Edmonton Archbishop Richard Smith’s reaction to an announcement from the Vatican early Friday morning that Pope Francis would be visiting Alberta’s capital city this summer.

According to the Holy See press office, the Pope will travel to Edmonton, Quebec City and Iqualuit between July 24 and 29 in what will be the fourth papal visit to Canada and first since 2002.

“The Holy Father is coming to meet with the Indigenous peoples of this land. He is coming on a pilgrimage, a pilgrimage of healing, of reconciliation, and of hope,” Smith, also the general coordinator of the trip for the Canadian Conference of Catholic Bishops, said Friday morning.

“The pope’s visit will provide an opportunity for him to listen and to dialogue with Indigenous peoples on this land, to express to them his heartfelt closeness and to address the impact of residential schools here in Canada.”

Métis Nation of Alberta president Audrey Poitras said the nation was pleased that the Pope had accepted the invitation to come to Canada from residential school survivors.

“This represents another step down the road of reconciliation following the historic visit to the Vatican in April,” she wrote in a statement.

“We look forward to working with the Holy See to ensure our citizens, especially Survivors, will have the opportunity to attend gatherings as part of his visit.”

The Pope’s itinerary has not been finalized; Smith said he and his counterparts would be working with Indigneous partners to plan the trip, and that he expects it will consist of Indigenous traditions and ceremony.

The visit will follow the Pope’s historic apology in April for the Roman Catholic Church’s role in residential schools in Canada.

Indigenous delegates had told the Pope that they expected an apology to be delivered on Canadian soil. They later said that they believe a more fulsome apology will come during his visit to Canada.

Smith said the encounter at the Vatican was very powerful and Francis understood how important it is to bring the apology to Indigenous land and territories.

“We would expect a reiteration of his apology. He understands, as we all do, the strong connection of the Indigenous peoples to their land,” Edmonton’s archbishop said.

The Canadian Conference of Catholic Bishops said the three cities were selected based on the length of the trip, the vast size of Canada and the health of the 85-year-old pontiff.

Francis has begun using a wheelchair and has a pronounced limp.

“We understand he was hoping to go to Lebanon in June. That’s been cancelled. We also understand that in early July, he is going to South Sudan and to the Congo, just a few weeks before coming here.

“I think that is an ambitious itinerary for a young person in the best of health. This is extraordinarily ambitious for the Holy Father.”

He said there are rules about the Pope’s travel: he can’t fly by helicopter; he can’t ride in a vehicle for more than an hour; he cannot switch accommodations every night.

The three host cities are meant to act as hubs from which the Pope can access sites easily.

Edmonton is home to the second-largest number of Indigenous people living in urban centres and there were 25 residential schools in Alberta. Lac Ste. Anne, an important site for Indigenous people and the location of a large religious pilgrimage each July, is also nearby.

Poitras said she hoped to see Pope Francis include Lac Ste. Anne on his intinerary. Smith said he considered that a “strong possibility.”

“Were it not for his desire to engage with the Indigenous peoples on their land, he probably would not be coming to Canada… But he has made it very clear, in spite of these severe limits on his mobility, that he is determined to come to Canada to be with them,” Smith said.

“It shows just how determined he is to be here with the Indigenous peoples to the degree that he can.”

Alberta Premier Jason Kenney said the members of his government “look forward to welcoming” the Pope.

With files from CTVNews.ca