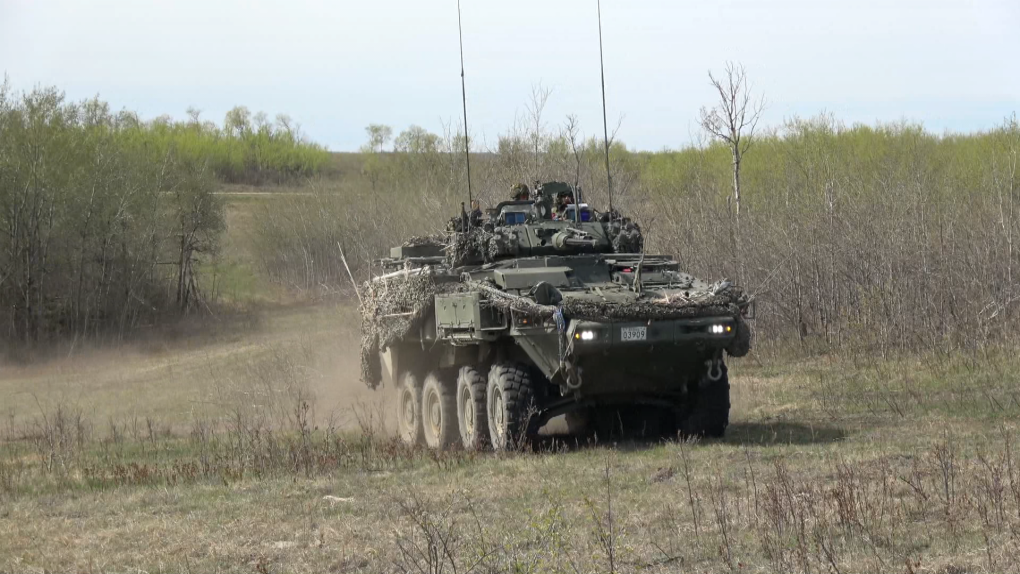 The Canadian Armed Forces biggest military training exercise is underway in Alberta, and as soldiers watch the conflict unfold in Ukraine, it has a more serious tone than previous years.

It’s known as Exercise Maple Resolve, and soldiers have been coming to CFB Wainwright for more than 15 years to take part.

“This exercise and exercises like it are foundational to who we are as the Canadian Armed Forces,” Gen. Wayne Eyre, Chief of Defence Staff told CTV News Edmonton.

About 2,800 soldiers are taking part this year. As well as members of the Canadian military, there are troops from allied countries like the U.S. and Britain.

It’s a realistic simulation of a military operation. Weapons on the field, including artillery, fire blanks and a laser. The lasers trip sensors on the soldiers. The control centre at the base monitors it all.

“We can play back the entire battle that happened live on the ground, to learn from our mistakes and get better,” said Col. Eric Landry, Second Mechanized Brigade.

They’re taking advantage of the exercise to emulate a conflict in eastern Europe.

“The premise of the exercise today is an invasion from the East to the baltic states, and that is fundamentally drawn from the current conflict in Europe,” said Minister of Defence Anita Anand.

Many of the soldiers involved in the exercise will be part of a 3,400-person unit on stand-by for deployment by NATO to Ukraine.

“As we learn what is happening overseas, as we see different techniques, tactics and procedures that are being applied, and then introduce those into the training,” Eyre said.

“Readiness is real. The world is dangerous, and we have to be ready to go tonight if the call comes.”