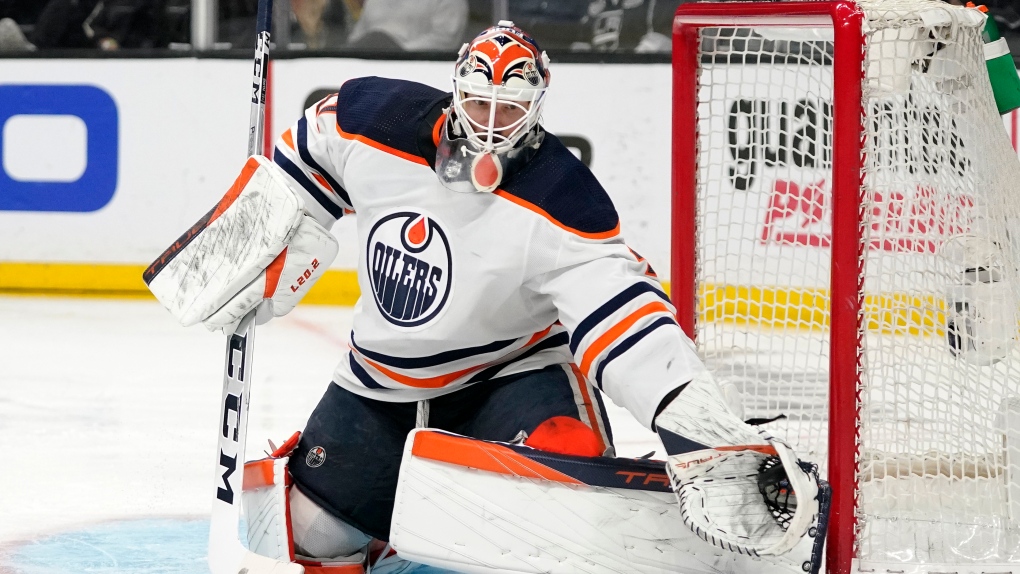 For goalie Mike Smith, this is what the NHL playoffs are all about.

With a victory in L.A. on Thursday, Smith and the Oilers forced a Game 7 in their first-round series against the Kings. The decisive matchup will go Saturday in Edmonton.

“It’s obviously what dreams are made of, going to Game 7 back at home in Edmonton,” the netminder said. “So guys are pretty excited.”

It’s been a series full of highs and lows for the Oilers.

They dropped a tight Game 1 at home, captured blowout victories in Games 2 and 3, then were shutout in Game 4.

After a slow start in Game 5, Edmonton came back to force overtime, but ultimately took a 5-4 loss that put the team on the brink of elimination.

Thursday’s Game 6 saw the Oilers take an early lead, but the Kings equalized in the third before Tyson Barrie put away the game-winning strike with just over five minutes left on the clock and Evander Kane added an empty-net goal to seal the 4-2 victory.

“We’ve already moved past the previous six games,” he said. “Our focus is on being the best we can be tomorrow. We know we’re going to have to be better than we were yesterday. And we’re excited about doing it in front of the most rabid fans in the National Hockey League.”

Many in the Oilers’ locker room are familiar with the pressure that comes from playing in big moments.

Duncan Keith has suited up in 141 NHL playoff games and won three Stanley Cups with the Blackhawks. Brett Kulak was on the blue line for Montreal’s storied playoff run last season and Zach Hyman felt the glare of the spotlight during his six seasons in Toronto.

The Kings, meanwhile, have 11 players who’ve made their playoff debuts this season.

Experience can be key in big moments, Smith said.

“I think if you’ve been around and you’ve been through situations in your career, it can only pay dividends in the hard moments,” said the goalie, who’ll play his 36 playoff game on Saturday.

“So I think it’s one game, anything can happen. You’ve just got to make sure you try and bring your A-game and put it all out there.”

Some of Edmonton’s biggest stars are raising their game in the playoffs.

Captain Connor McDavid has put up multi-point performances in five of six games and leads the league in post-season points with 12 (three goals, nine assists). Winger Evander Kane is tied for the most goals (seven).

After notching two goals and an assist in Thursday’s crucial win, Kane said that persevering through a tight game would help his team build confidence.

The Oilers have already sold out Rogers Place to a boisterous crowd of 18,347 for three playoff games this year. They know the atmosphere will only grow more fevered for Game 7.

“It’s going to be juicy,” Kane said with a smile.

Home ice hasn’t always been an advantage for the Oilers in the series, however, with the Kings taking wins in two of three games in Edmonton.

The group isn’t concerned about being overwhelmed on Saturday, Barrie said.

“I think Game 1 maybe was the only time we were a little nervous or whatever but we’ve settled in now,” the defenceman said.

“Give (L.A.) credit – they played a couple games in our rink but we want to be at home for this one. And we want that rink rocking like it will be. And we’ll be ready for that.”

This report by The Canadian Press was first published May 13, 2022.