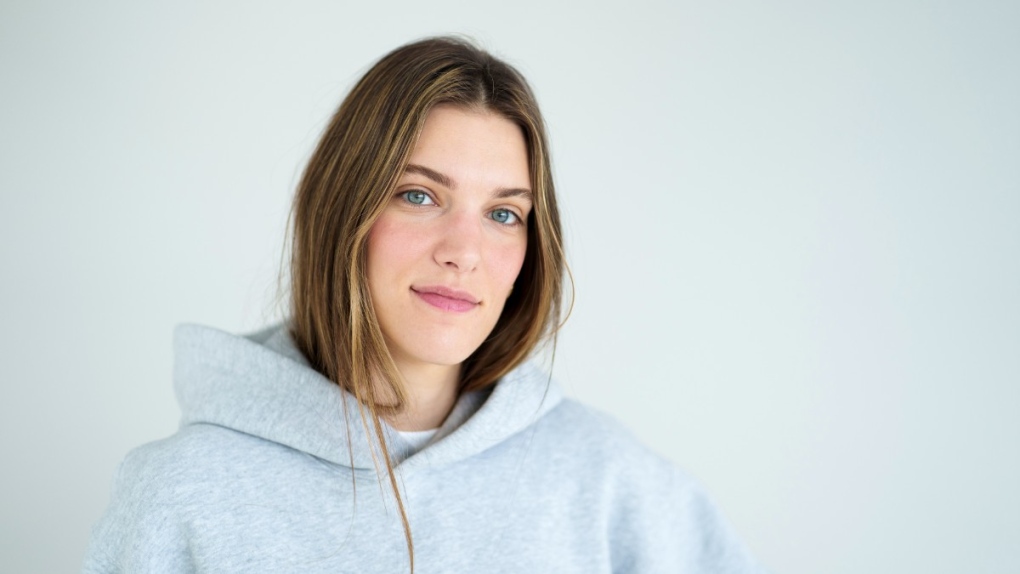 Charlotte Cardin’s hands were full at the Juno Awards pre-telecast ceremony on Saturday as she picked up a leading three trophies.

The breakout Montreal pop singer-songwriter was named artist of the year, while her chart-topping debut “Phoenix” received pop album of the year, and its track “Meaningless” was selected as single of the year.

“I’m freaking out,” she said backstage after she tallied up her Junos. “I’m very happy.”

It was a trifecta win that gave the former model and Top 4 finalist on Quebec’s version of “The Voice” some serious clout as a rising Canadian star. The majority of the Junos are handed out at the so-called “opening night” ceremony for the music industry ahead of Sunday’s telecast.

Cardin has been the toast of the Junos since she emerged as the leading six-time nominee, outdoing four-time nominated superstars Justin Bieber and the Weeknd, who followed closely behind on Saturday night with two wins.

The Toronto-born Abel Tesfaye, who was absent from the ceremony, won contemporary R&B recording for his single “Take My Breath” and songwriter of the year for his co-writing efforts on three recent songs, including one with Kanye West and another with DJ supergroup Swedish House Mafia.

History was made in several other categories as Hill Kourkoutis became the first woman to be nominated for recording engineer and extend that landmark moment by taking the win. She is now the only female recording engineer winner since the category was created in 1976.

Kourkoutis said she hopes her Junos moment is another step toward getting more women into music production careers.

“I do believe that we’re in an immense period of transition right now,” she said.

“In the last five years, the conversation has grown around this issue and I am seeing so many young folks — and even artists that have been established for a while — entering the production profession.”

At 13 years old, Kairo McLean became the youngest winner in the reggae recording of the year category for his album “Easy Now.”

Dressed in a vibrant red tuxedo his mother bought for him, the teenager credited generations of reggae artists, from Bob Marley to Jamaican-Canadian Exco Levi, for inspiring him to make music.

“It’s such a major milestone,” McLean said of the win. “I don’t know how we’re ever going to top it.”

And in the producer of the year category, Ebony Oshunrinde took home her second award in as many years after becoming the first Black woman to win that award in 2021. Oshunrinde — who calls herself WondaGurl — won for work on Drake’s “Fair Trade (feat. Travis Scott)” and Los Angeles artist Faze Kaysan’s “Made a Way (feat. Lil Durk and Future).”

In other notable wins, a reunion of Quebec director Xavier Dolan and vocal powerhouse Adele for “Easy on Me” received music video of the year. The pair previously won a Juno in 2016 for their first collaboration on the visuals for “Hello.”

Allison Russell pocketed the contemporary roots album award for “Outside Child,” a reflection on her abusive upbringing in Montreal, while Brett Kissel won country album for “What is Life?”

The newly created underground dance single of the year prize went to HNTR, pronounced “hunter,” for his song “Shadows in the Dark,” featuring Elliot Moss.

And Toronto poet Mustafa Ahmed picked up alternative album of the year for “When Smoke Rises,” inspired partly by life and the death of several friends in Toronto’s Regent Park community. He is the first Black Muslim to win the category, a point he raised before quickly expanding the topic to the other historic firsts of the evening.

“I think that being the first of anything should now be critiqued more than celebrated,” he said to audience applause.

Another first will take place on Sunday’s Juno Awards broadcast when Deborah Cox becomes the only Black woman to be inducted into the Canadian Music Hall of Fame since its inception in 1978 and the second Black musician, after Oscar Peterson in the inaugural year.

This report by The Canadian Press was first published May 14, 2022.