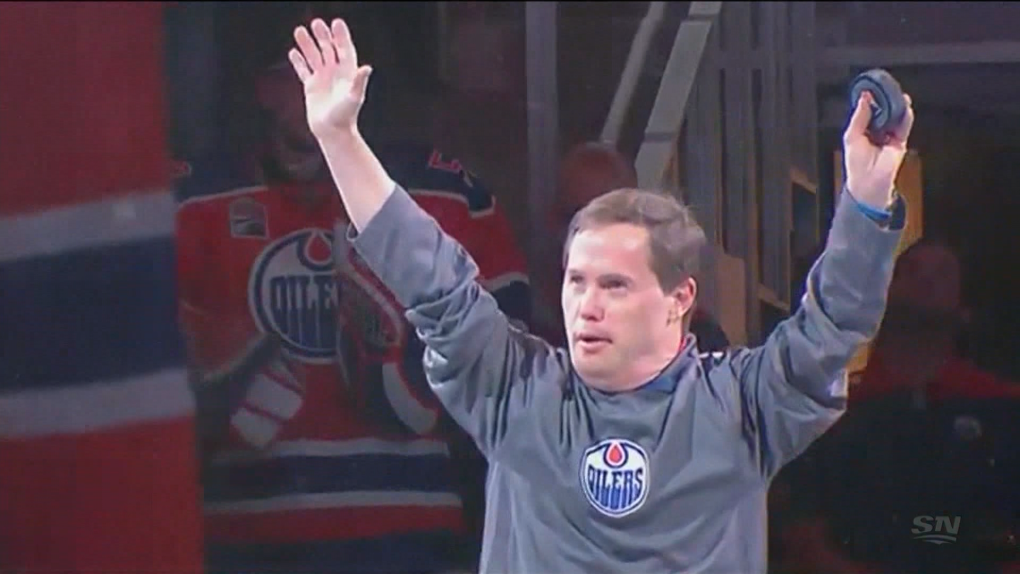 As the Oilers look to take home ice for the first time in the Battle of Alberta playoff edition, a significant presence is missing from the team’s dressing room.

It’s the first playoff run for the Edmonton Oilers since the passing of locker room attendant and superfan Joey Moss.

When asked how Moss would react to his favourite hockey team facing their bitter southern Alberta rivals during the playoffs, his nephew said he’d be thrilled but would likely treat it like any other game.

“Joey would just be over the moon right now,” said Adam Walker. “He’d be just as nervous as I think we all will be. But, he also knows the Oilers will win.

“He would be Oilers blue and orange all the way, just cheering and screaming,” Walker added. “He would just want to beat the Flames all the way.

“He was the biggest hockey fan. He knew everything. He knew all the stats. He used to do homework (where) he had these little chiclet boards and (would) write down all the stats.”

While Moss is no longer behind the bench, his spirit and energy continue to live on with the playing of Ritchie Valen’s “La Bamba” — Moss’ favourite song.

Walker said Moss would rock out to the song at Oilers Christmas parties.

“He loved La Bamba,” Walker said. “He loved to dance to it.”

Candace Smallwoods, who met Moss while working for Winnifred Stewart, said that when La Bamba played at community dances, Moss would be the first on the dance floor.

“Joey had some pretty amazing moves to show off,” she told CTV News Edmonton.

Walker said the fact that community members have named the plaza outside Rogers Place where the watch parties are held the “Moss Pit” would mean the world to him, especially as they dance and cheer when La Bamba plays.

“He would be ecstatic,” Walker added. “It’s perfect.

“It’s really amazing,” he said. “It’s amazing how much the city of Edmonton has gotten behind Joey and the Oilers right now.”

For Smallwood, it goes to show how far-reaching and meaningful of an impact Moss made on the city.

“He really is someone who brings attention to how much people with disabilities have to give to our communities, to our local businesses, and how much of an impact they can actually make if we give them the chance,” Smallwood said.

“Joey was the heart of our city.”