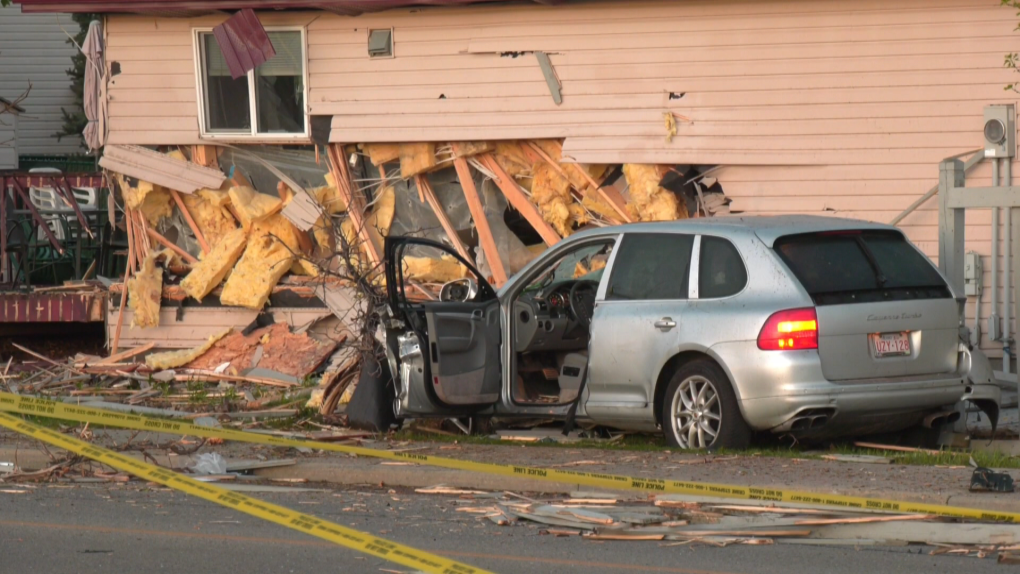 A 31-year-old man is dead after he crashed his SUV on Thursday morning.

Emergency crews were called to Silver Berry Road between 32 Street and 28 Avenue around 2:30 a.m. after a 2004 Porsche Cayenne crashed into a home.

It was reported to police that the driver of the SUV was driving west on Silver Berry Road towards 32 Street when he lost control in the curve, drove across the eastbound lanes, and struck a curb. The SUV then reportedly went across the sidewalk and hit a fire hydrant, some trees, a fence and the house, where it came to a stop.

The driver and lone occupant of the SUV was taken to hospital where he died of his injuries.

The crash is still under investigation, but police say speed and alcohol are believed to be factors.