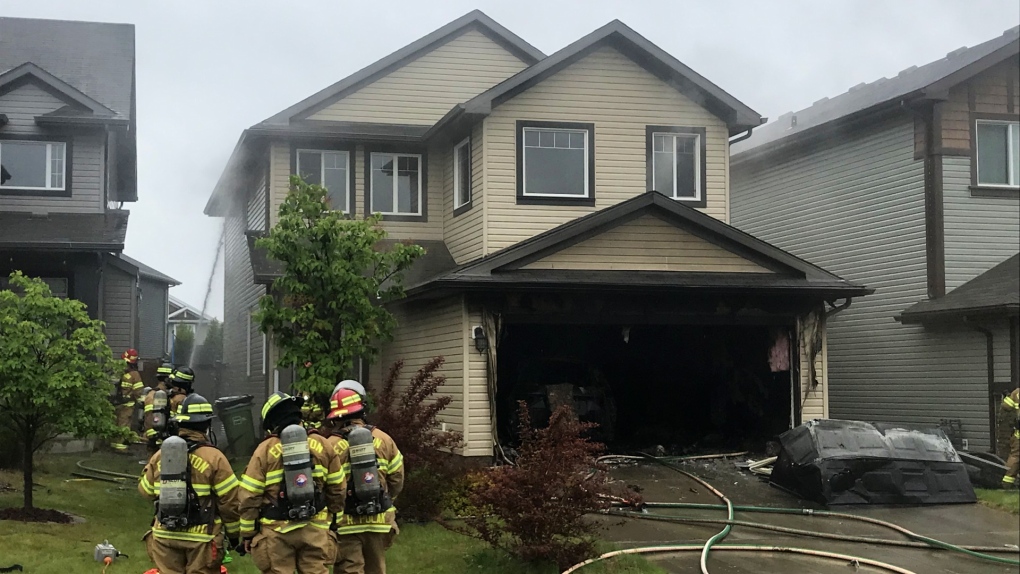 No injuries were reported after fire broke out in an attached garage of a southwest Edmonton home.

The fire had spread to the second floor of the home.

Smoke could be seen coming from second floor windows and upper eaves in the house.

Seven units were dispatched to fight the blaze.

A cause and damage estimate has not been determined.