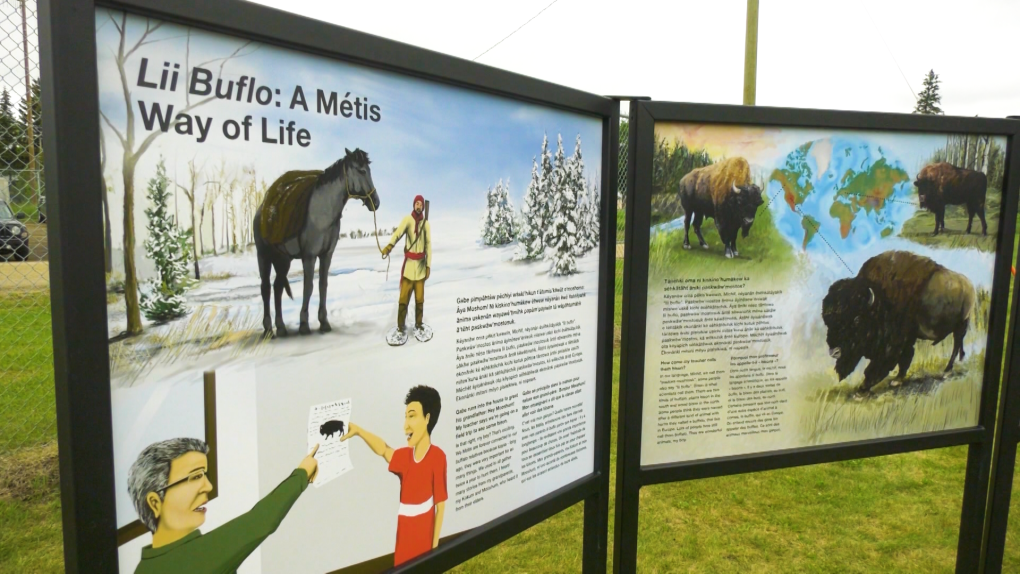 ‘Lii Buflo: A Métis Way of Life,’ a new art exhibit on display in St. Albert, showcases the historic relationship between the Métis people and bison.

“It tells the story about the life of our forefathers, our ancestors in the plains of western Canada,” said Archie Arcand, a Métis Elder.

“(Visitors will) find out how people lived, not only through the display here, but through the houses as well that were refurbished and given back their past, the way they were.”

The exhibit was funded by Parks Canada, but the planning and development was led by the Métis Advisory Committee.

“The Métis Reconciliation Fund is a place to do things just like this, to work with partners and enable Indigenous communities, the Métis in this case, to tell their own histories,” said Jennifer Duquette, a field unit superintendent with Parks Canada.

“It’s an important change in the tourism and heritage sector, to ensure that those stories are being told by the owners of those stories.”

The exhibit also features art from Jesse Gouchey, a Métis artist from Alberta.

“It brings a focus to the Métis people, who were actually the founders of St. Albert, they were the first permanent residents here. It adds a lot, it revives our Métis culture, which was sort of sleeping,” said Arcand.

“It’s also really special because it’s accessible, the way in which the story is told, it’s told through a parent and a child’s conversation so adults and children alike can really connect with the content,” added Duquette.

The exhibit will be on display at St. Albert’s Historic Métis River Lots and Grain Elevator Park for the rest of the summer before going to other historical sites in Alberta.