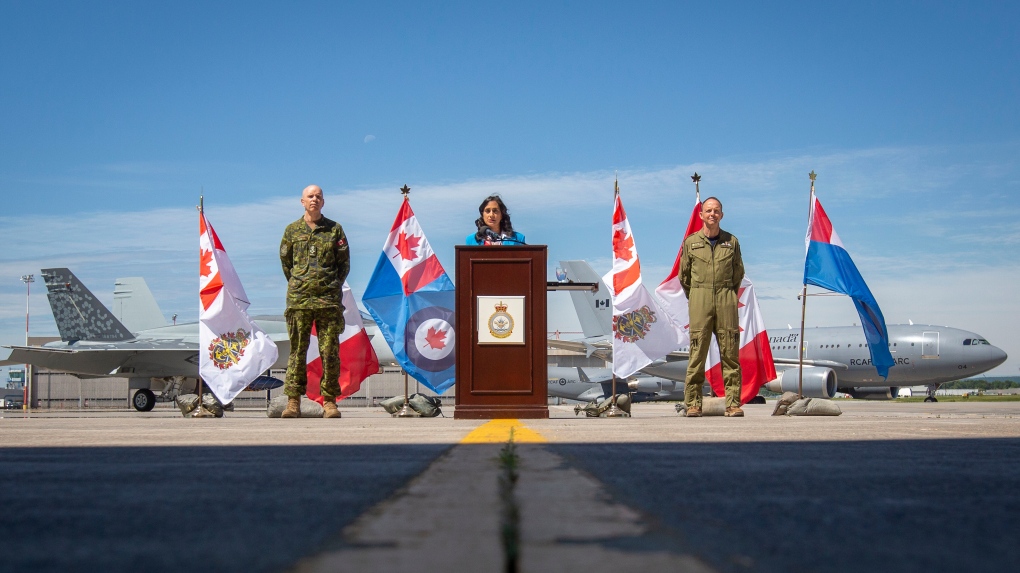 Defence Minister Anita Anand promised billions in new spending over the next 20 years to modernize North America’s aging defensive systems in an announcement on Monday that was big on spectacle, but lacking several important details.

Chief among them: Exactly when those investments will actually address what senior Canadian and American military officials have been warning for years is a dangerous gap in their ability to detect and stop an incoming attack on the continent.

Standing on the tarmac of Canadian Forces Base Trenton in front of several military aircraft, including a CF-18 fighter jet specially flown in for the purpose, Anand announced that Canada will be investing $4.9 billion over six years on continental defence.

“This is the most significant upgrade to Norad, from a Canadian perspective, in almost four decades,” she said in reference to the shared U.S.-Canadian system used to identify attacks from land and sea on North American soil.

“In addition to these immediate investments, this plan is funded for the long term. This plan has a total value of approximately $40 billion over the next 20 years. And it will deliver new capabilities to protect Canadians for generations to come.”

The minister went on to list five areas in which those investments will focus, starting with the establishment of a new “layered” surveillance system that will include long-range radars and sensors capable of detecting incoming threats from over the Arctic.

The new system will replace the North Warning System, a string of radars built in Canada’s Far North in the 1980s to identify approaching Russian bombers that represents the backbone of this country’s contribution to Norad.

Yet neither Anand nor chief of the defence staff Gen. Wayne Eyre or Lt.-Gen. Alain Pelletier, the deputy commander of Norad, were able to say exactly when the North Warning System will be replaced.

That is despite Canadian and U.S. military officials having warned for years that it is now all but obsolete thanks to recent developments in long-range missiles and weaponry — a concern that has grown significantly following Russia’s invasion of Ukraine.

“As we have more information about the precise timing of the changeover from one system to another, we will make that clear,” Anand said when asked about the lack of timeline.

“At this point, what we are introducing is that we will be moving to a new surveillance system. And until that time, the North Warning System will remain in place and will be operated and maintained.”

Pelletier acknowledged the “limitations” of the North Warning System in a separate interview with The Canadian Press, particularly in terms of detecting cruise missile attacks from long-range bombers flying over the Arctic.

“The reality right now is that long-range aviation has an ability to launch cruise missile outside of the North Warning System’s detection range,” he said. “So that’s the challenge.”

This report by The Canadian Press was first published on June 20, 2022.