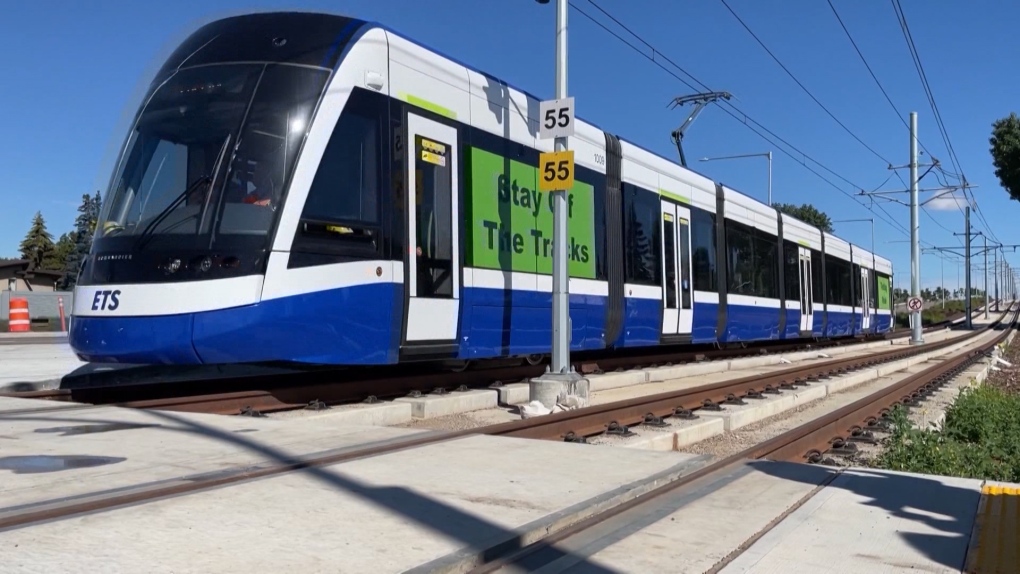 The trains are occasionally running from Mill Woods to downtown on Edmonton’s new Valley Line, but there’s still no passengers on them.

Testing continues on the $1.8-billion line that was expected to open in “the summer of 2022,” but there’s still no date for a grand opening or a first commute.

“It’s this summer. We’ll give you a firm date as soon as we get close. We’re not far from being able to do that,” TransEd spokesperson Dallas Lindskoog said Wednesday.

Before the line can welcome passengers, engineers have to test all 47 intersections along the 13-kilometre route.

“Right now we’ve got five of them fully online, we could have a couple more within the next few days,” Lindskoog said.

Construction started in the spring of 2016. The original target was the end of 2020.

Since then, the opening has been pushed back repeatedly, with 2021, then the end of 2021 and then the first quarter of 2022 all promised by TransEd officials.

All of the delays will mean businesses in a Strathearn stripmall along the tracks won’t see the benefits they hoped the train would bring.

“(They’ve) been testing some trains, haven’t seen anybody on them yet,” said Kenny Dario on Wednesday. He owns Juniper Bistro on 95 Avenue and 87 Street.

After years of construction and closed roads, stripmall owner Nearctic is redeveloping the property and some neighbouring walk-ups. Dario has to be out by October, shortly after the train is set to run at full steam.

“No, I’m not really that excited about it. You know, I really think it’s taken a back seat to the pandemic, and now the information that we have to close,” he said.

The missed deadlines were mainly caused by the pandemic and the discovery of a concrete mass in the riverbank that delayed work on the Tawatinâ Bridge, Lindskoog said.

He assures that the signalling problems that plagued the Metro Line to NAIT and MacEwan are not to blame for slowing progress on the Valley Line.

“It’s a different system altogether, it’s important to understand it’s not integrated with the existing Capital Line or the Metro Line, which makes it somewhat more simple,” he explained.