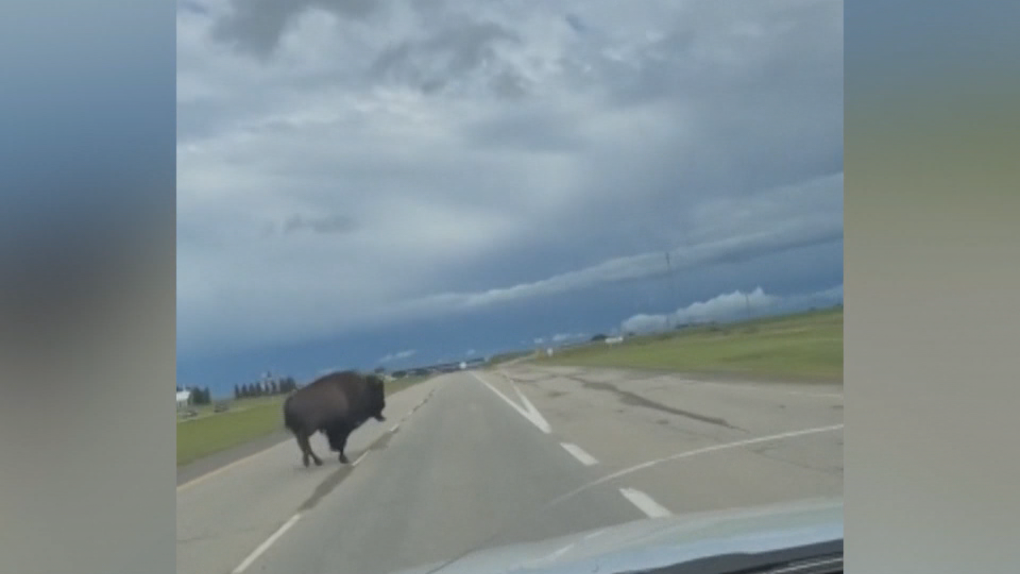 It was not what Keira Boutilier expected to see on her way into Stony Plain to visit some friends.

Boutilier was driving east on Highway 16 near Highway 779 Wednesday evening around 5:30 p.m. when she had a close encounter with an animal on the loose.

“The people coming west, they’re all like slowed down and I’m, like, just so confused,” she said.

“And then I see this giant, like, buffalo bison thing. I thought it was a moose at first and then it started running into my lane.”

She slowed down and pulled out her phone, capturing an eight second video of the animal running out of the median ditch, across three lanes, and into a field on the south side of the highway.

It was not clear where the bison came from or where it went. Boutilier said everyone slowed down until it left the highway, and it didn’t appear that anything was damaged or anyone was injured.

“I was so confused. I didn’t even realize there was bison close to here. It was so random. I’ve been driving at night and I’ve seen moose, but to see a bison, I’m like where did that come from?” Boutilier said with laugh.

Wood Bison bulls can weigh up to 880 kilograms (about 1,900 lbs) and stand about 182 centimetres (6 feet), according to The Canadian Encyclopaedia.