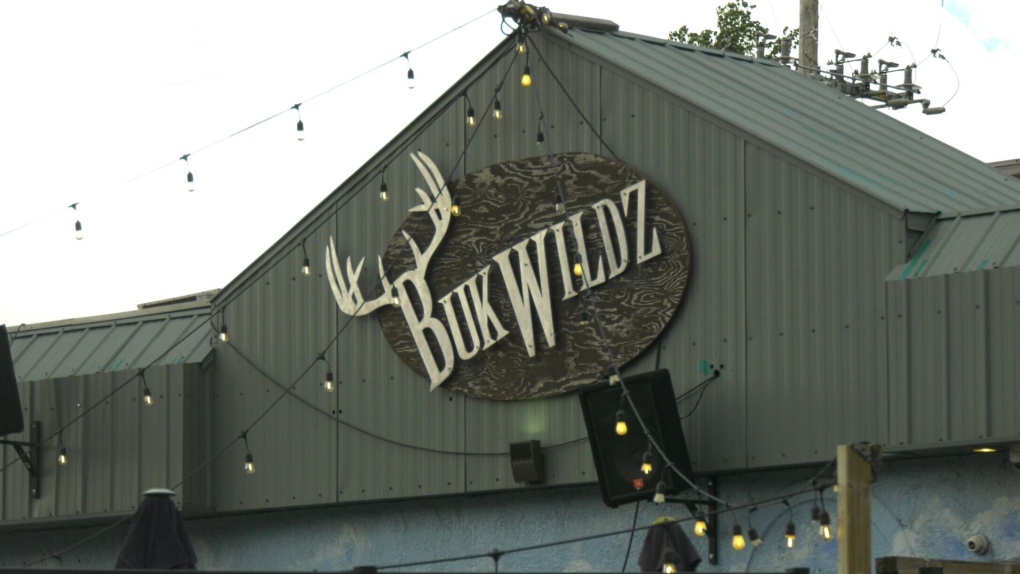 The sister of a man who was shot in Sylvan Lake last week is thankful for the two servers who helped save her brother’s life.

Shelby Van Metre, the assistant manager at Bukwildz, was working that same night.

Van Metre was leaving Bukz, Bukwildz’s sister restaurant, when she said she saw the two suspects shoot the victim.

“When I came out the back door, I seen and heard them shoot,” said Van Metre.

Van Metre said she heard two gunshots, and added she saw the man, whose neck was bleeding, run to Bukwildz next door. Inside was her co-worker Darbie Houser.

“I didn’t see the gunshots but I saw him come for help, and I noticed him behind the bar and I saw him grabbing paper towels, so I went out there to see what was happening,” Houser said.

Houser went to grab cloths as Van Metre and a couple of patrons attended to the victim. Van Metre, who also works as a health-care aide, put her training to work.

“I had a customer holding his neck at the time and I had started calling 911, but three people were also doing that at the time,” she said.

“Then I helped them hold compression for a bit, and then when the ambulance and everything got here we just made sure everybody was cleared, so that they could get in and do their job.”

The victim was taken to the Red Deer Regional Hospital. His sister, Terri Chynoweth, said his condition worsened once he got there.

“The situation was a little more dire than I was told originally. He was actually shot multiple times and they had to do a breathing tube and he was [airlifted by] STARS Air Ambulance to Foothills Hospital in Calgary,” said Chynoweth.

Chynoweth said her brother was shot twice, once in the neck. In a press release, police said the shooting was believed to be a “targeted attack.”

Chynoweth takes issue with that term and believes there is a misunderstanding in the public about what that means.

“What they mean by that is they didn’t shoot into a random crowd. They had some intent of violence. That doesn’t mean he’s a gangster and they’re looking for him.”

“In terms of targeted, what we mean is the individual was there and it was an incident that was directed right at the time. It wasn’t where a random stray bullet had been fired,” Peden explained.

“I’m not saying it was gang-related at all.”

Chynoweth’s brother worked as a self-employed contractor. He rented a shop, but Chynoyweth said the landlord told the family she was going to kick him out of that rental after reading an article about the shooting. In a text message to Chynoweth, the landlord wrote, “Sorry I had no choice. But, the article did say targeted and I just don’t know who these people are and I can’t have it in my life.”

“He lost everything,” said Chynoweth.

Chynoweth said she is extremely grateful to the two women who helped save her brother’s life.

“I appreciate that you’re kind enough to help my brother in a situation that was pretty scary for his family,” she said.

“Human compassion goes a long way, and we really appreciate you, so thank you.”

Chynoweth said her brother checked himself out of the hospital on Wednesday after hearing he was being evicted.

Police are still looking for the two suspects.