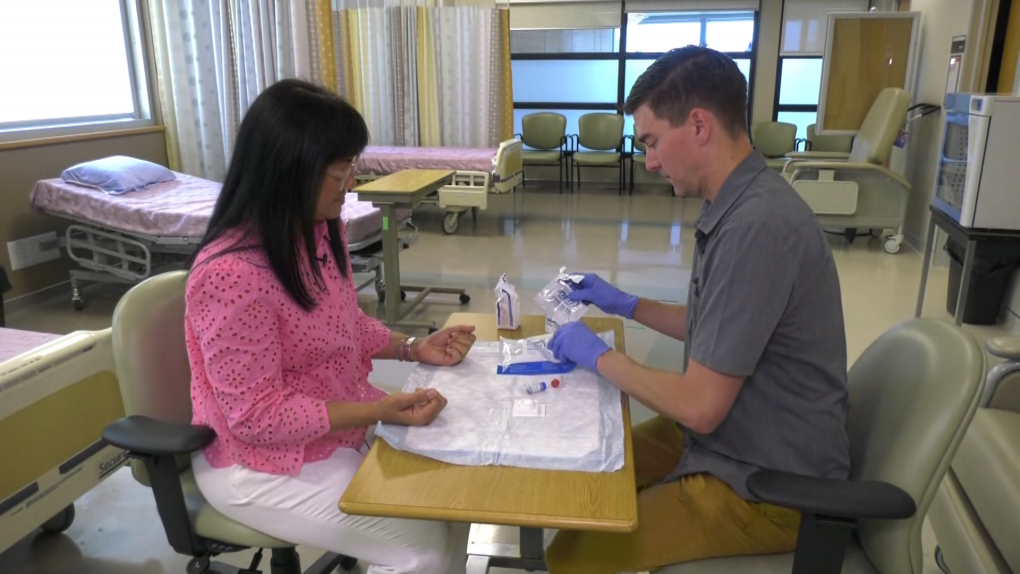 Researchers at the University of Alberta are celebrating a major advancement in the detection of one of the most contagious sexually transmitted infections.

Health Canada has approved a new rapid syphilis test which is now being used in Alberta.

Traditional testing takes seven to 10 days but the new finger-prick blood test takes 15 minutes. It’s the first of its kind in Canada.

“What this test allows us to do is to do the test and offer treatment at the same visit. So that’s very exciting and it means we don’t lose people to a follow up appointment,” explained principal investigator Ameeta Singh.

Singh said that 20 per cent of patients who were tested before didn’t come back for the results.

The clinical trial screened 1,500 people at a local correctional facility, two emergency departments and at a local STI clinic.

Researchers say the results are accurate more than 90 per cent of the time.

Alberta declared a syphilis outbreak in 2019 after recording levels not seen since the 1940s.

“We’ve seen cases across all age groups, all genders, all ethnicities. So basically, anyone having sex outside of a mutually exclusive relationship is at risk of getting syphilis,” Singh said.

Symptoms of syphilis include genital sores, vision and hearing loss, heart attack and dementia, depending on how long it is left untreated. It can be cured with penicillin.

The tests also screen for HIV, technology that has been used in Canada before.