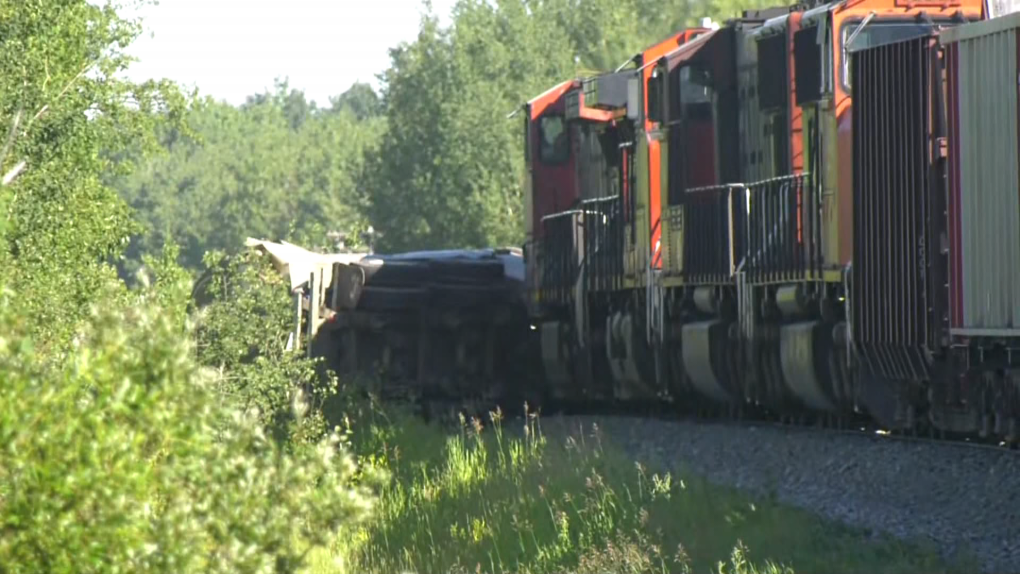 No injuries were reported after a train hit a semi hauling empty fuel tankers on Tuesday morning.

The crash happened shortly after 8 a.m. on Highway 44 near Alcomdale.

The driver of the semi was checked on scene by EMS and released.

Witnesses reported to police that the lights at the crossing were working at the time of the crash.

Mounties say early investigation shows the driver of the truck did not see the train.

The highway was closed for several hours, but has since reopened.

Alcomdale is about 60 kilometres northwest of Edmonton.