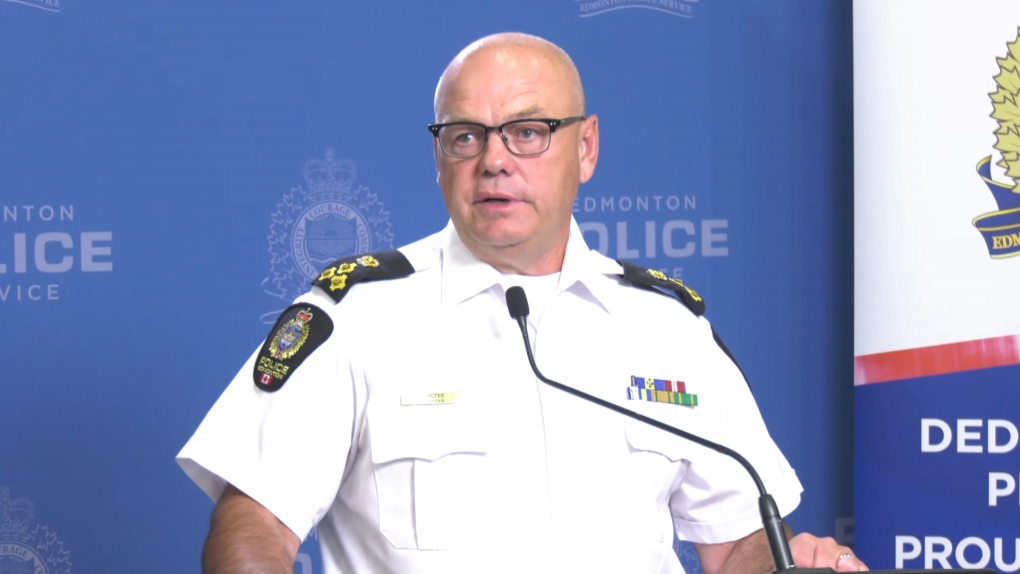 The Edmonton Police Service highlighted those numbers on Thursday.

But one criminologist says it’s early to be celebrating the numbers.

“The results are mixed at best,“ Temitope Oriola said.

While overall crime dropped, serious types of crimes did not.

There was a 15 per cent increase in sexual assaults in 2021, and hate-motivated crimes have increased 71 per cent in the last three years.

EPS says both types of crimes are widely underreported.

The chief of EPS, Dale McFee, admits there’s more work to be done.

“I want to be very, very, clear that although we’ve made big gains, we’re still not where we need to be,” he said.

And despite decreases over previous years, crime is up in the first half of 2022, something McFee says EPS expected as the world opened back up as COVID-19 precautions eased.

“The biggest issue for us here right now that we’re tackling, that’s a driving part of this, is addiction,” he said.

And while opioid addictions are a problem in Alberta, McFee says that isn’t the drug driving crime.

“The bigger concern in relation to violence for us is meth.”

And the rate of some crimes haven’t changed at all.

“Domestic violence, 9,600 occurrences over the last number of years, it hasn’t gone down. So we obviously need to do something different in the space,” McFee said.

EPS says it is now working on new, innovative ways to tackle the problems at hand.

“We’re trying to adjust the best we can, and we’re going to have to continue to adjust.”

“You have to keep finding new and innovative ways, and you can’t just on three years of stats.”