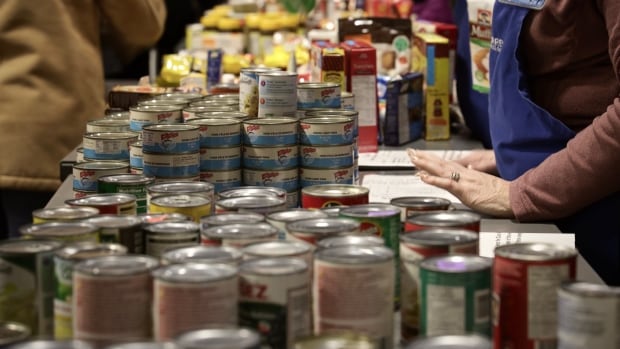 A growing number of people in the province are using food banks for the first time, according to Food Banks Alberta.

The industry group says its member food banks have noticed significant increases in the number of new people using their services, month-over-month.

“We’re hearing often, ‘I never thought I would be here, I never thought it would be me,'” said Lori McRitchie, executive director of the Airdrie Food Bank, where the number of new users in June was nearly double that of the year before.

At the Brooks Food Bank, there were 83 new users in June and July — roughly triple that of the same period in 2021.

“These numbers sound a bit small, but for just a food bank like us, this is very significant,” said manager Aurora Champlone.

Inflation up, donations down

It’s believed inflation and the rising cost of rent, food and gas is to blame. Meanwhile, food banks themselves are also being squeezed by the rising cost of groceries (McRitchie said the cost of milk has gone up once already this year, and is set to rise again).

To make matters more complicated, some food banks are also receiving fewer donations than usual. While this is fairly normal in the summer months, said Arianna Scott, CEO of Food Banks Alberta, it isn’t normal for the dip to be accompanied by an increase in demand.

“Most food banks can kind of sustain through the summer because they also see a decrease in usage, where that’s not true this year,” said Scott.

Champlone and McRitchie encouraged those who can afford it to support their local food banks. Every bit helps, said Champlone, who noted a bag of cans or a $20 bill can make an immediate impact.

In the long term, Scott said reducing hunger means getting to the root of the problem: that many people don’t earn enough money to support themselves, particularly if they’re on a fixed income.