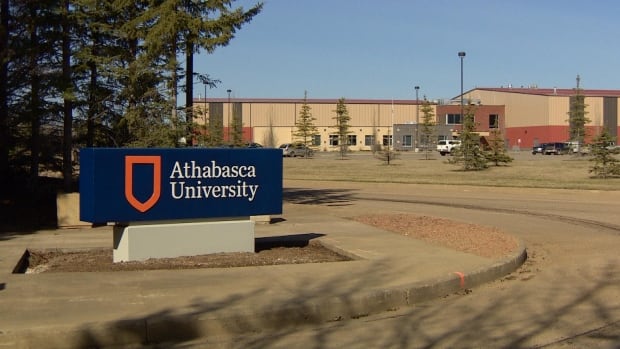 Staff and faculty at Athabasca University want to be included in talks about staff relocation after the provincial government asked to have 65 per cent of university staff live in the region or risk losing some of its public funding.

Canada’s largest online university and the Alberta government have been at odds for months.

The government says the university failed to comply with earlier directives to abandon a strategy to move much of its operations online and threatened to pull the institution’s monthly operating grant of $3.4 million.

The government wants it to strengthen its presence in the town of Athabasca and has offered to pay to relocate as many as 500 staff to the town, located about 150 kilometres north of Edmonton.

Rhiannon Rutherford, president of the Athabasca University Faculty Association, says staff and faculty have been left out of discussions.

“We are only really going off of what’s been either posted by the university publicly or is being reported in the media,” she said.

“We would very much like to be much more involved and much more directly consulted.”

Kristine Williamson, vice-president of university relations, said in a statement that the university would be “thrilled” to get back to a more consultative relationship with the government.

“We look forward to the opportunity to pick up discussions with the minister and working with the government to find a mutually agreeable path forward that best serves AU,” Williamson said in the statement.

Advanced Education minister Demetrios Nicolaides said his department had asked the university for a concrete plan to expand the physical presence of the school in the town by June 30.

“The original proposal has not changed and it’s still on the table but I’m more than happy to hear alternatives,” Nicolaides told CBC News in an emailed statement Thursday.

Rutherford says although university administration has made it clear they are against relocation, they have not been transparent about where they stand in negotiations and proposed alternatives.

“Our goal would be to actually include faculty and staff in a meaningful way, in terms of what the response might be, there’s a lot of decisions and conversations that are going on about our lives, and we would very much like to be part of those conversations,” Rutherford said.

“The implication that it’s somehow impossible to hire really competent, talented staff who are either already in the region or willing to live there is mystifying. I don’t think it’s categorically true to say that it’s impossible to recruit competent, qualified, enthusiastic folks to the region,” Rutherford said.