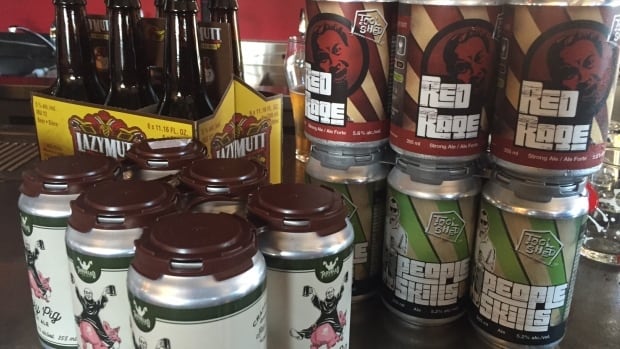 A court has ruled Alberta will not have to pay two out-of-province breweries more than $2 million for a markup regime implemented in 2015 and 2016 that benefited local producers.

However, it dismissed the province’s appeal of an original ruling that disallowed a program intended to promote sales of Alberta craft beers.

The breweries — Saskatoon-based Great Western Brewery Co. and Toronto-based Steam Whistle — sued the Alberta Gaming and Liquor Commission (AGLC) for marking up their product $1.25 per litre sold, and then returning much of that to Alberta producers in the form of a grant.

The companies said this effectively provided an unconstitutional trade barrier.

A judge ruled in 2018 that the Alberta government would have to pay nearly $2.1 million in restitution to the breweries after finding that the beer markups favoured Alberta craft brewers.

This was deemed a violation of Section 121 of the Constitution. That section stipulates that products made in one province shall be admitted free into other provinces.

Alberta appealed this decision, and on Monday the Alberta Court of Appeal said the restitution the government was ordered to pay to Steam Whistle Brewing and Great Western Brewing was invalid.

The ruling says restitution must be paid only for unjust taxes, and the extra costs imposed on the brewers were not taxes.

“The markups are properly characterized as proprietary charges which the commission charges as part of the price for beer it sells to retailers,” said the court.

The original declaration of invalidity raised by the trial judge was deemed “too broad.”

However, the three appeal judges were unanimous in saying that the plan under the previous, NDP government to charge the same markups for all brewers and then offer a grant to local ones violated the Constitution.

They say it was clear the program was intended to promote sales of local craft beers and restrict trade between provinces.

‘Best barley in the world’

Then-premier Rachel Notley said in 2018 that the provincial government’s program was aimed at helping small craft brewers in Alberta and didn’t breach the Canadian Constitution.

“We have the best barley in the world, and it is ridiculous that we have been able to get to this point, where every other part of the country can protect its liquor industry and Alberta hasn’t, and we haven’t been able to grow it as much as we should,” she said.

Sean McDonough, the lawyer who defended the government’s position in the Court of Queen’s Bench in Calgary in 2017, said the Alberta government has the right to support its small breweries.

“Alberta wanted to have a single markup to address perceived trade risks. Alberta also wanted to support small brewers, like all provinces do,” he said at that time.