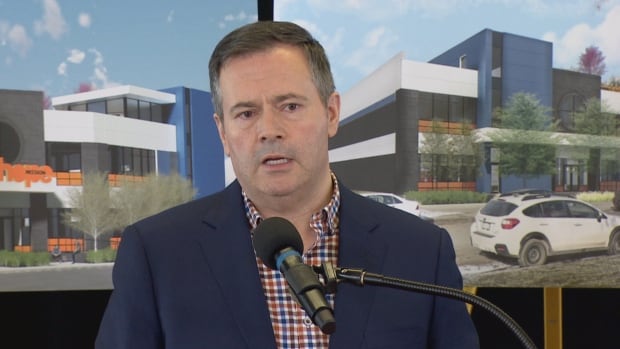 Premier Jason Kenney refused Friday to evaluate the performance of the beleaguered Canadian Energy Centre, despite a series of social media blunders targeting the New York Times that prompted an apology from its managing director.

At a news conference, Kenney was asked about the gaffes, the latest in a series of embarrassing missteps taken by the CEC since its December 2019 launch.

“I’m not going to assess something that’s brand new,” Kenney told reporters. “They’ve basically been getting set up in the past couple of months, getting staffed up, doing their research, preparing their marketing plans, engaging vendors to launch major marketing programs.

“I’m looking forward to them launching that.”

This week, the CEC Twitter account sent out a series of tweets maligning the reputation of the New York Times as “not the most dependable source,” in response to a story about how investors are backing away from the Alberta oilsands.

The tweets accused the newspaper of anti-Semitism and referred to the 2003 Jayson Blair plagiarism scandal. The posts were removed a couple of hours later.

“The tone did not meet CEC’s standard for public discourse,” managing director Tom Olsen wrote on his own Twitter account. “This issue has been dealt with internally.

“There will be a substantive response to the NYT article within our mandate of challenging inaccuracies.”

The Canadian Energy Centre was part of the “fight-back” strategy Kenney and United Conservative Party campaigned on during the April 2019 election.

Premier Jason Kenney defends the Canadian Energy Centre amidst criticism over the messaging and utility of his ‘war room.’  1:18

The idea was for the government to set up a communications “war room” that would act as a rapid response unit to counter what the government considered to be incorrect information about the Alberta oil and gas industry.

On Friday, Kenney called it “the single most popular commitment” he made last spring.

The CEC made a string of errors in its first month of operations: it had to abandon its original logo over copyright infringement; and it failed to tell an interview subject about the CEC’s connection to the provincial government.

It was also rebuked by the Canadian Association of Journalists when writers referred to themselves as reporters while interacting with story sources.

“He’s embarrassing us in the very places where the premier was just out trying to attract investment and raise Alberta’s profile,” she said

“The war room would disappear in a flash if it was ever subjected to a value-for-money audit.”

Kenney said the CEC will soon launch advertising campaigns to promote Alberta as a responsible energy producer, which he said would be the “central thrust” of the CEC’s work.